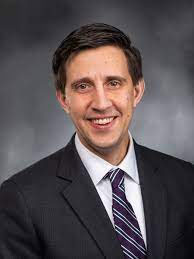 With more than 74.7% of the vote after the election night tallies, Representative Alex Ramel has declared victory in the primary election in the 40th District race for position 2. While many more ballots remain to be counted, Ramel’s early lead is large enough that late returns are very unlikely to change the outcome. Ramel is running for reelection after being appointed at the beginning of 2020, and winning his first election in fall of 2020.

“This result is humbling and gratifying, but it’s not surprising. When you stop by peoples’ homes and ask what matters to them, you hear priorities like housing affordability, clean energy, reliable ferry service and reproductive freedom. I have a record of delivering on those priorities and voters in our community know that.”

This election drew regional (here and here) and national headlines after a political action committee with ties to fossil fuel interests targeted the race with a six-figure independent expenditure. That tactic apparently did little to persuade voters, and likely even backfired because Ramel’s campaign saw a big increase in small-dollar donations, volunteers, and endorsements after the PAC’s involvement was reported in early July.

Following Tuesday night’s election, Ramel and his opponent will both proceed to the general election ballot in November.