Ten people plus an unborn baby perished in the floatplane crash on September 4 into Mutiny Bay by Whidbey Island. One body was recovered by boaters right after the plane nosedived at a speed of 100 mph. 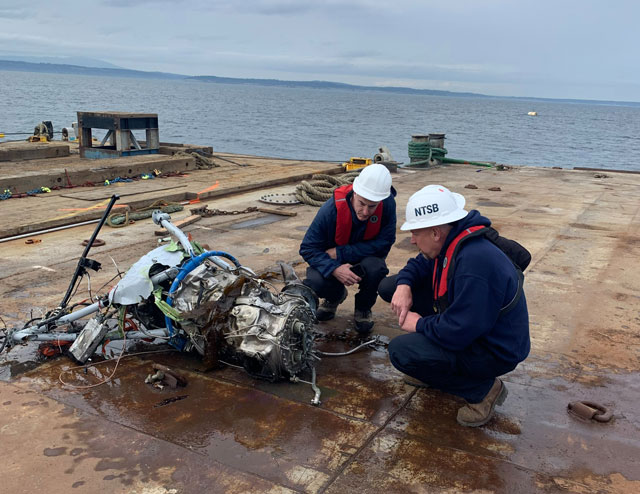 NTSB investigators look at the recovered engine of the DHC-3 Turbine Otter. It, along with 80 percent of the wreckage, was recovered.

Last week, during recovery efforts by the NTSB and Navy, six bodies were recovered. The wreckage is at a depth of 190-feet.