November 2022 -  Dungeness crab is an iconic and valuable fishery resource that is culturally and economically important to West Coast communities. Off the coast of Oregon and Washington, tribal, commercial, and recreational fishers pull up crab pots, expecting a haul of Dungeness crabs. Too often lately, what they find are pots filled with dead crabs, suffocated from a lack of oxygen near the seafloor. 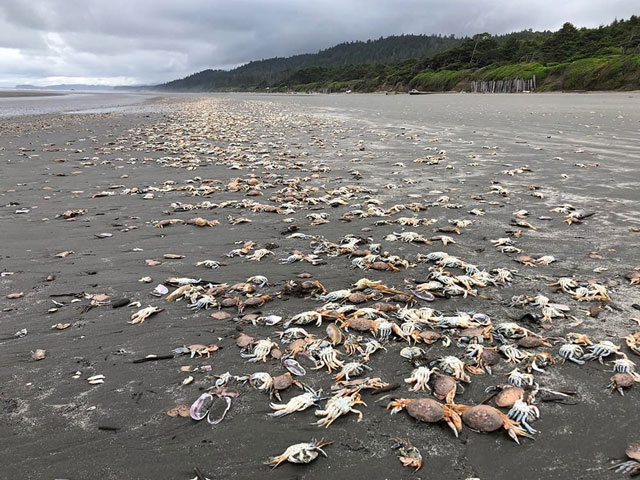 Massive die-offs of Dungeness crab have been documented off the Pacific Northwest Coast. Once dead, the aquatic crabs often wash up on beaches, such as the ones photographed on Kalaloch Beach on June 14, 2022. Photo: Jenny Waddell/NOAA

Hypoxia—dangerously low oxygen levels—is killing Dungeness crabs off the Pacific Northwest Coast, predominantly during the summer and early fall. Marine animals don’t breathe air, but they still need oxygen, which they absorb from the water. If sufficient oxygen is missing from the water column, the animals may perish.

In addition, blooms of harmful algae have led to the closure of entire Dungeness crab fisheries on the West Coast in past years. Harmful algal blooms are the rapid growth of algae that can produce toxins dangerous to animals and habitats, with potential risk to humans who eat contaminated shellfish.

Hypoxia and harmful algal blooms are considered stressors to the health of Dungeness crabs. Other stressors include ocean acidification, rising ocean temperatures, and marine heatwaves. Each of these stressors is known to harm marine species and ecosystems independently, but scientists are only beginning to unravel the ways in which environmental stressors may interact, and whether there may be unprecedented consequences.

Climate change is already making existing marine environmental stressors worse through changes to temperature, precipitation, seasonal cycles, and ocean chemistry. These changes impact ocean processes and can increase the occurrence, severity, and duration of stressor events. Understanding how multiple stressors may interact and cause cascading impacts to a wide range of marine species and habitats is critical for marine resource management, especially within defined marine areas with fixed boundaries, such as national marine sanctuaries and tribal “usual and accustomed” areas.

Usual and accustomed areas are "all places that a tribe fished prior to signing treaties" and "places adjudicated to have been reserved by one or more tribe(s) for fishing through treaties with the United States."

Resource managers, including tribal co-managers, are preparing for the anticipated impacts of climate change by increasing their understanding as to how multiple stressors are likely to interact and affect marine ecosystems, species, and the communities dependent on them. 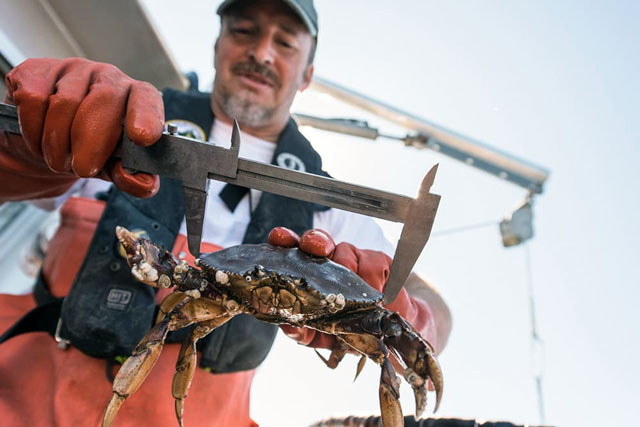 Dungeness crab is a valuable fishery resource that is culturally and economically important to West Coast communities. Photo: Austin Trigg/NMFS 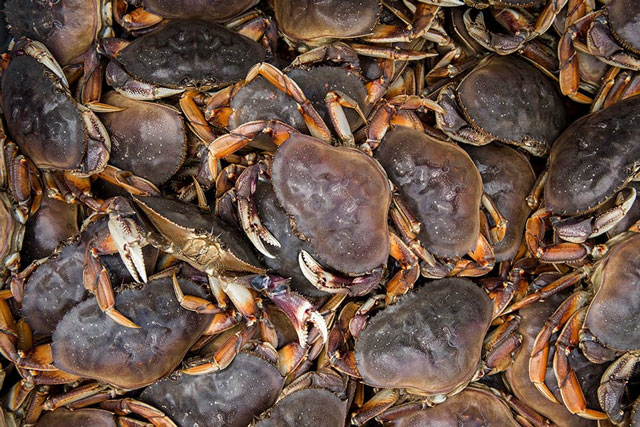 As the ocean environment changes with the climate and other stressors, there is growing concern about what will happen to the $220 million dollar U.S. Fishery. Photo: Austin Trigg/NMFS

“Hypoxia, ocean acidification, harmful algal blooms, and marine heatwaves are already present on the Olympic Coast, and we need to understand how future events are likely to interact and affect resources in the sanctuary in the future,” says Jenny Waddell, research coordinator at Olympic Coast National Marine Sanctuary. “Trends indicate that ocean conditions have worsened in the past two decades, affecting both the living resources and the human communities, including Coastal Treaty Tribes on the Olympic Coast, who depend on them.”

The focus is on two ecologically, economically, and culturally important species: Dungeness crab and krill—tiny crustaceans that are a favorite food of several species of large whales. The new program award involves more than 18 collaborating scientists at eight institutions. 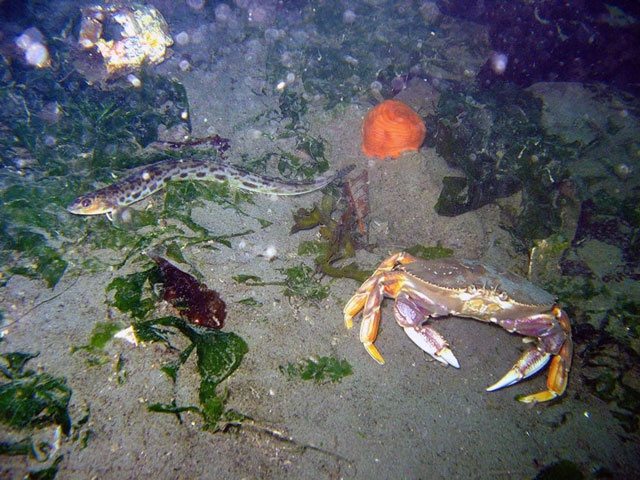 Dungeness crab are found throughout the national marine sanctuaries along the West Coast in one of the most biologically productive ocean environments in the world—the California Current Large Marine Ecosystem. Photo: Rhoda H. Green

The research project will take place off the coasts of Northern California, Oregon, and Washington, including NOAA’s Olympic Coast National Marine Sanctuary.

Understanding the impacts and relationships among multiple stressors is important, but very little data exists so far. This project will rely on a combination of existing ocean data, ocean models, laboratory experiments, and fisheries management evaluation techniques, and has the potential to shape the future of ocean science and fisheries management in the region.

State and tribal fisheries managers in Washington, Oregon, and Northern California will serve as a management advisory board to help guide the research and implement the results. This will ensure a tight link between the collaborating scientists and the specific agency personnel with management responsibilities for coastal shellfish, including Dungeness crab. Recognizing that tribes have a long history of resource stewardship for and reliance on marine resources, the project also incorporates Traditional Ecological Knowledge gathered through ethnographic interviews of tribal members.