September 12 Update: ​​National Transportation Safety Board has located the wreckage of the DHC-3 Turbine Otter that crashed off Whidbey Island, Washington on September 4. NTSB coordinated with the National Oceanic and Atmospheric Administration (NOAA) and the University of Washington’s Applied Physics Laboratory to use side scan sonar, multibeam sonar, and 3D instruments to locate the wreckage. The University of Washington’s vessel scanned the area identified from the NOAA multibeam data. Using all available data, investigators concluded the targets they identified were from the aircraft. 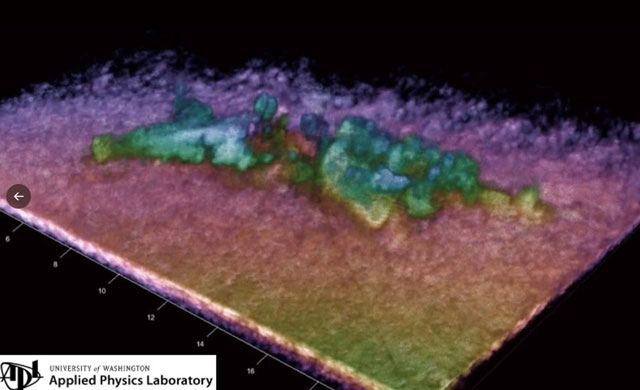 ​An image of the wreckage on the seafloor, computer processed from data taken on September 10 by the University of Washington’s vessel using 3D synthetic aperture sonar system. ​​​

Due to the depth of the water (approximately 190 feet) and the current (3-5 knots), the most suitable tool for recovery is a work class remotely operated vehicle (ROV). NTSB continues to be in communication with federal agencies and local companies to obtain a work class ROV. 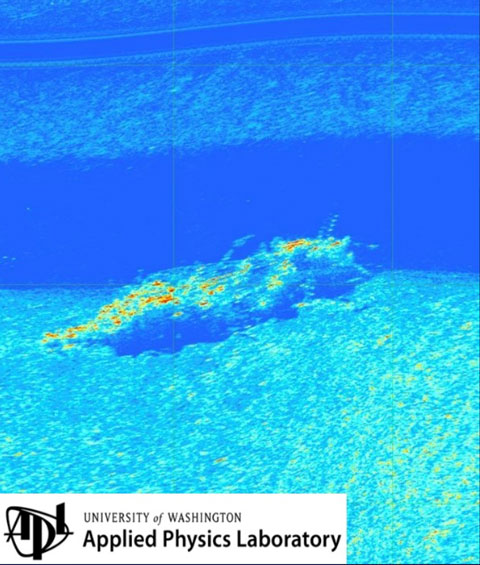 An image of the wreckage on the seafloor taken on September 10 by the University of Washington’s vessel using side scan sonar.

Last week, NTSB and NOAA used multibeam and side scan sonar to map and survey the seafloor. The NOAA and NTSB team used the aircraft’s last known location, time of entry, and tides and currents to narrow the search area. The team collected data for a 1.75 x 0.75-mile area.

The mapping effort identified targets on the seafloor in the area where NTSB expected to find airplane debris.

Due to the depth of the water (100-200 feet) and the current (3-5 knots), the most suitable tool for visual confirmation is a remotely operated vehicle (ROV). NTSB is coordinating with our federal partners and private companies to use an ROV in the search.