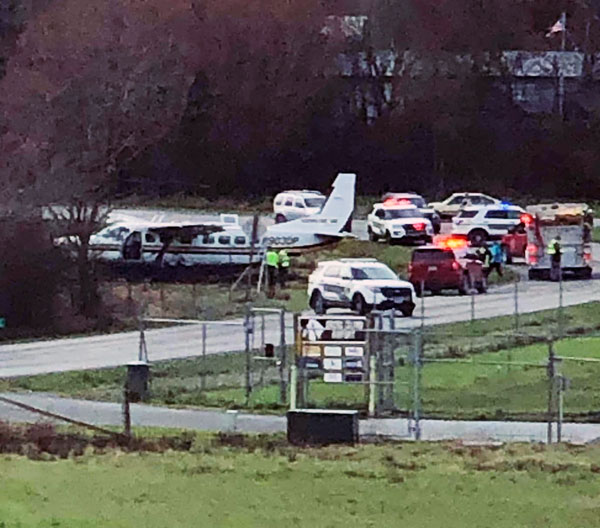 No injuries were reported after a a Kenmore Air 1998 Cessna Caravan 208B Grand apparently failed to gain altitude at takeoff Wednesday March 23 at Eastsound Airport. Orcas Island Fire and Rescue career and volunteer staff responded with the San Juan County Sheriff's Office to reports of a downed aircraft south of Eastsound airport (KORS).

Fire and EMS crews arrived to find the Cessna Grand Caravan intact with damage to the propeller. The aircraft was located in a grass field adjacent to the airport just south of Mount Baker Road. Crews worked quickly to assess patients and prepare for fire suppression, if needed. No injuries were reported by the pilot or the nine passengers onboard and there was no fire development.

The aircraft, which was on all wheels and had not gained altitude, reportedly experienced a mechanical power failure at takeoff causing it to continue through the fence and across the road, where it came to a stop in the field. The cause of the incident is under investigation.

Orcas Island Fire and Rescue first responders routinely complete training exercises for incidents such as this, ensuring personnel are equipped and ready to respond to all incidents.

The plane had flown from Boeing Field to Eastsound according to Planefinder.net. 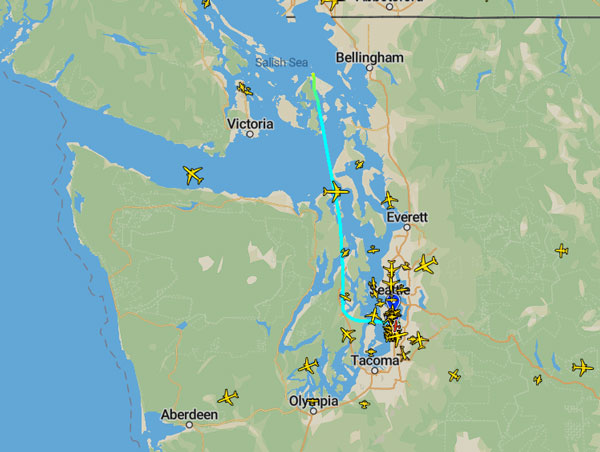 More in this category: « Blackhawk helicopter will be at Eastsound airport Feb. 23 Plane crashes in Eastsound »