Washington News Service - A report from leaders in Washington state lays out how the services of four dams on the lower Snake River could be replaced in order to save ailing salmon species in the region. Now, the public has an opportunity to comment on it. 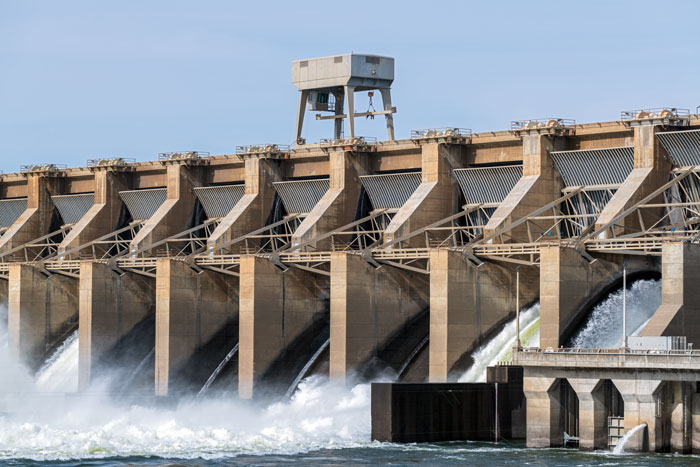 Salmon on the Snake River continue to struggle, despite actions like spilling more water at the river's dams. (davidrh/Adobe Stock)

The draft report comes from Washington Gov. Jay Inslee and Sen. Patty Murray, D-Wash., and found it is plausible to replace the dams and the services they provide, including to agriculture, transportation and energy production.

"The report itself is not surprising for many of us who have seen the lower Snake River dams as being an opportunity for our Northwest future," Farris-Olsen noted. "Removing the dams is in fact possible, and that it's really essential to avoid the extinction of salmon."

The plan's estimated cost is between $10 billion and $27 billion. A rally this Saturday in Portland will call for dam removal to save salmon. Supporters of the dams include Washington state Republicans, who say now is not the time to remove dams producing reliable power, especially with soaring energy prices across the country.

The report pointed out climate change could affect how productive the hydroelectric dams are. It said drought and low snowpack already are affecting their usefulness, and suggests replacing the dams with other renewable energy sources.

Farris-Olsen pointed out the region has spent billions of dollars on salmon restoration efforts that have not worked, and believes it should be taken into account when looking at the price tag for dam removal.

"It's also not just a cost to remove the dams," Farris-Olsen contended. "It's an investment in energy infrastructure that's going to be the future for the Northwest."

Farris-Olsen added the region is lucky there still are salmon to protect, but will not have that luxury if action is not taken soon.

"As a salmon fisher myself, it's been tough to kind of articulate the sense of urgency because the species themselves are so resilient," Farris-Olsen acknowledged. "They keep coming back, even if they're coming back in record-low numbers."

Public comment on Inslee and Murray's draft report is due by July 11. Ultimately, the power lies with Congress to approve breaching the federally-operated dams.

Online comments can be submitted through the project website submission form.