An excavator began tearing down the burned structures on Spring Street Thursday afternoon. Herb's Tavern, Crow's Nest coffee shop, Windermere Realty, and the building to the east burned early Thursday morning after a fire is believed to have started near or in the  back of Windermere Realty. 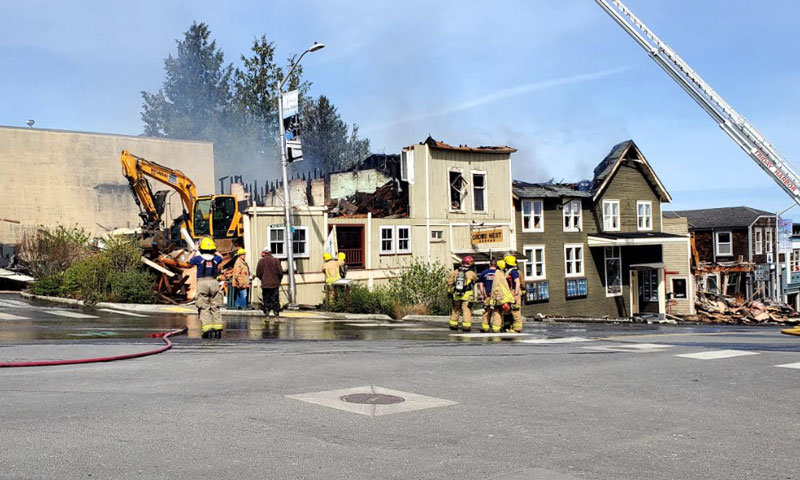 A security camera at Windermere showed flames going up the outside of the rear corner of the building about 3 a.m. according to owner Greg King.

A tow truck driver saw the flames when driving by and alerted dispatch. The call went out at 3:40 a.m.

In total six buildings sustained damage, of those three were completely destroyed according to fire department PIO. Damage is estimated to be $10 million. That may change as more information becomes available. 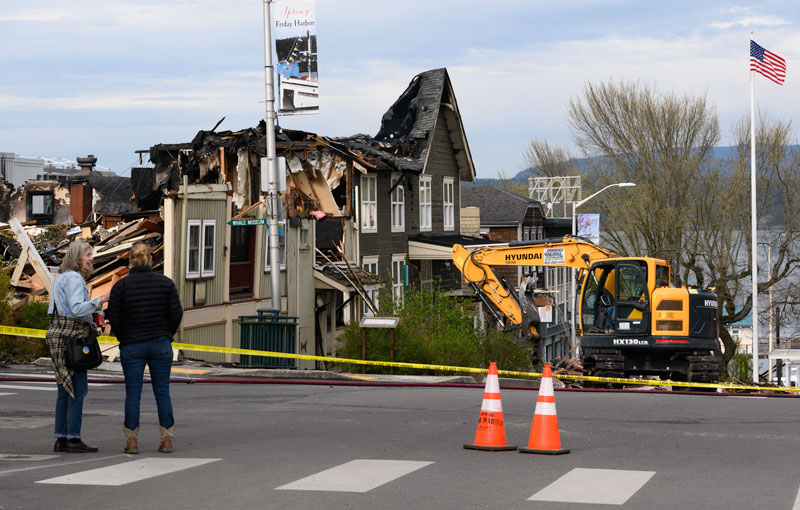 Sheriff Ron Krebs said the national Arson Task Force, part of Alcohol, Tobacco, Firearms and Explosives (ATF) Department, is on island to determine the cause of the fire. There will be 20-25 specially trained agents and investigators. We should/ be able to determine it. They were called in because of the extent of the damage.

The first floor of Windermere Realty  wasn't demolished right away in order to give the owner an opportunity to retrieve computers. The structure was sturdier than the other wooden buildings as a result of extensive renovation work done in 2004. 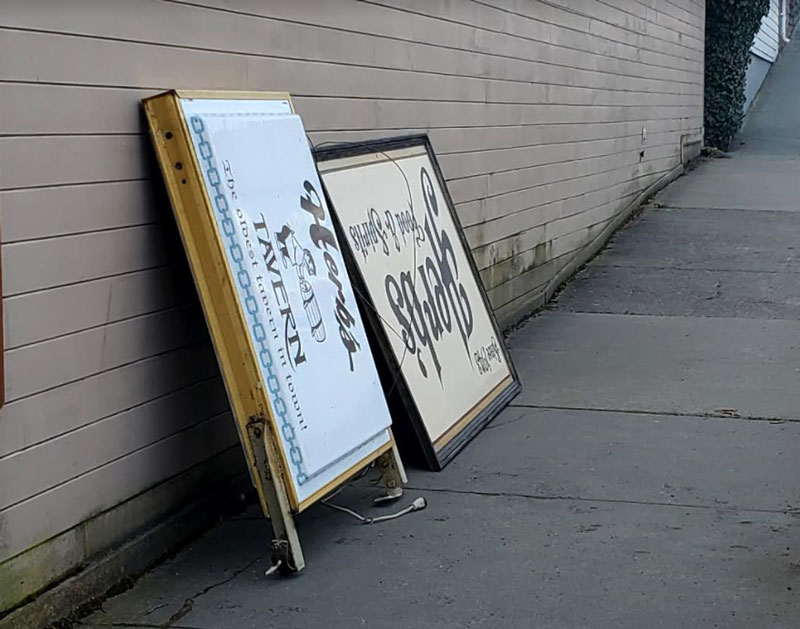 The firefighters received a round of applause after they rescued Herb Tavern's signs.  Sharon Kivisto photo

The building that housed Crystal Seas Kayaking was destroyed. The business has found another location. Sharon Kivisto