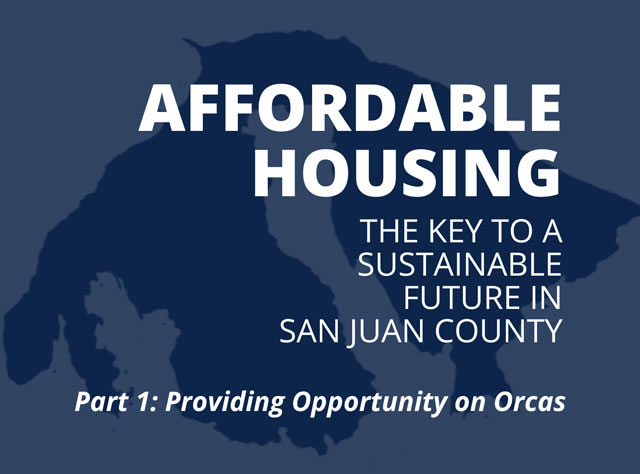 “I don’t think we’d still be living on Orcas Island if not for OPAL and this house,” said Nouvel. “For us, having an affordable monthly payment greatly eased financial stress, freeing up our time and improving the quality of our lives.” 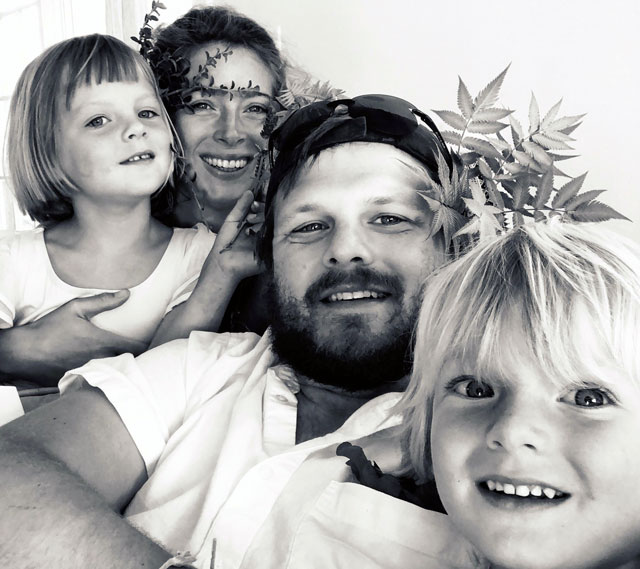 Affordable, safe, and stable housing allowed Nouvel and her family to pursue new careers, passions, and a sustainable life on Orcas Island. Nouvel’s husband, Ryan Kennedy, was able to go back to school, earn a degree in education, and now teaches math at Orcas Island High School. Nouvel also now works at the public school as a part-time substitute teacher. Together, they raise their two young children in OPAL’s Wild Rose Meadow neighborhood alongside 31 other families.

“We love our neighbors,” Nouvel said. “Some of them are like grandparents to our kids – they’ve known them their whole lives.

OPAL, which stands for “Of People and Land,” is a community land trust focused on affordable housing. OPAL households currently represent nearly 5% of the estimated full-time residences on Orcas and 10% of Orcas Island’s school-age children live in OPAL homes, according to their website.

Founded in 1989, OPAL continues to develop new housing opportunities – most recently purchasing the Northern Heights apartment building and constructing the April’s Grove neighborhood. Both projects were made possible in part by a strong partnership with San Juan County.

“Ever since OPAL started, the County has been supportive of our efforts,” said Lisa Byers, who has worked as OPAL’s Executive Director since 1996.

San Juan County’s Department of Health and Community Services stewards the Home Fund – a real estate excise tax-funded program to develop and preserve affordable housing in San Juan County. Over the voter-approved 12-year tax period, the San Juan County Home Fund is projected to generate $15.2 million. So far $2,862,300 has been spent on Orcas Island, the most of any island in the County.

“The voters passing the Home Fund has been a substantial game changer for us,” said Byers. “Prior to the Home Fund, OPAL’s projects were funded by grants from federal programs, the state Housing Trust Fund and private donations. Federal funds have declined, and costs have gone up significantly, making the Home Fund an important new partner.”

A Home in the Grove

April’s Grove was one of the firsts projects to use the Home Fund and became the first new rental housing owned by non-profits at any scale in San Juan County over the last 30 years. San Juan County contributed $1,750,000 towards the cost of construction of the project. 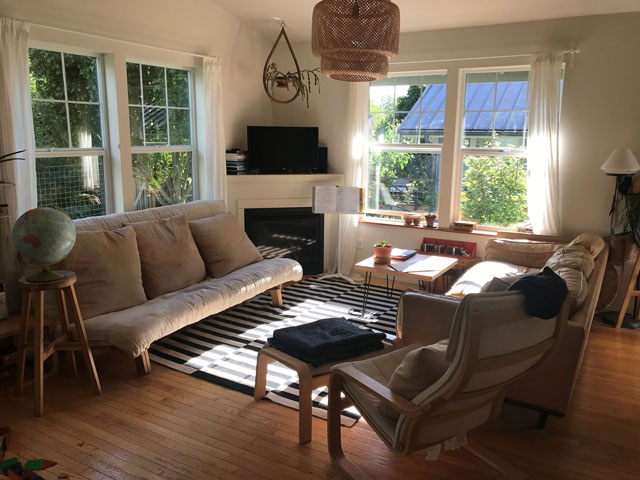 Like many affordable housing projects in San Juan County, dollars from the Home Fund were just one of multiple ways the County sought to support the project. The County also contributed over $250,000 from other revenue sources to help cover the cost of things like building permit and architecture fees and managed a federal Community Development Block Grant in conjunction with OPAL which brought in an additional $200,000 to the project.

“It’s probably the most diverse neighborhood that I know of on Orcas Island,” Byers said. “There are newborns, families, and those well into their 90s. Some are retired, but most adults who live there work multiple jobs. And a high proportion of those folks speak English as a second language.”

Near the Orcas Island Library sits the Northern Heights apartment building. The structure with 12, one-bedroom units measuring under 400 sq ft., was built in the 1970s as a hotel. Since then, it has lived many lives and changed alongside the developing Eastsound. Then, in 2021, it went up for sale. 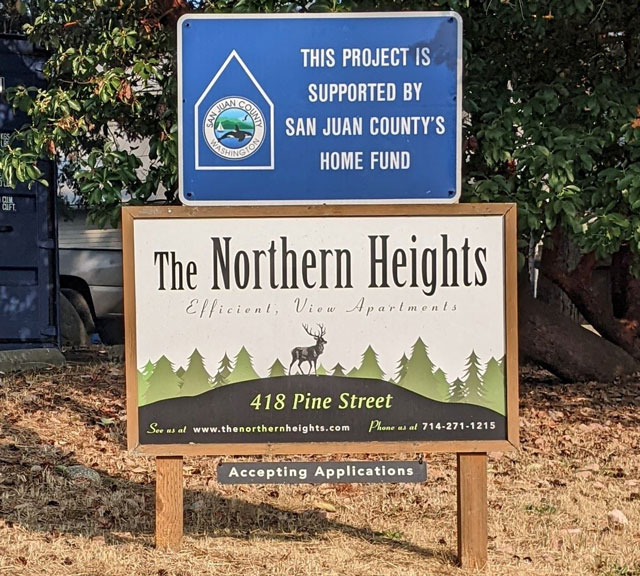 A prospective purchaser wanted to convert the property to condominiums. But OPAL saw it as an opportunity to continue the building’s role of providing affordable housing in the village of Eastsound.

“The Northern Heights building was an opportunity for us,” Byers said. “Current tenants could remain while we renovate, and, because the only funders were from San Juan County and private donors, when tenants leave, we will be able to rent to people with a wider range of incomes.”

And again, Byers notes, the Home Fund was an anchor for the project. San Juan County increased their grant to the maximum allowable amount in order to support the purchase of this building.

“Acquisition projects are always a priority for us when the opportunity arises,” said Housing Program Coordinator Ryan Page. “Typically, these types of projects are significantly cheaper than building new units from scratch, and without a doubt faster. It’s also always a win when we can minimize disruptions to tenants already living in these homes by keeping them in place.”

In OPAL’s original application for the project, they had hoped to receive significant funding from the State Housing Trust Fund. Unfortunately, despite feedback from the Trust Fund that the project was stellar, and the application well put together, the State did not fund the project because it did not hit enough of the State’s benchmarks for things like special populations served.

“Once we knew that the project wasn’t going to get state dollars, we set to work to see what we could do to meet the funding gap,” said Page. “The revenue for the Home Fund was there, and so the Council made the decision to up their funding commitment to the maximum allowable with the hope that this would signal to private donors in the community who could close that gap just how potentially valuable this project could be and how much the County was committed to it’s success.”

Thanks to this increase, donations from the Orcas Island Community Foundation, and private donations, the building will remain as housing that is affordable to islanders for whom residing in downtown Eastsound is a good match.

OPAL is already moving into their next project – ten ownership homes inside the Eastsound Urban Growth Area. Kidder Way, as the project is called, will follow the Community Land Trust model, meaning that the non-profit will own the land and the resident owns the home with a 99-year lease. Homebuyers purchase a home for substantially below market price and then when they sell, the house is sold at a price that is affordable for the next purchaser.

“This model helps ensure that local, wage-earning people can own the house now, in 50 years, and in 100 years,” said Byers.

On October 11, the Council voted to award the project $1,702,215 with construction expected to begin next year.