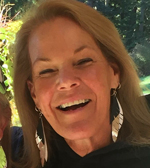 A "Medical fund for Carmen Dixon" has been set up at Islanders Bank for donations to help cover expenses  while she receives a bone marrow transplant  in Seattle. Her co-worker Gio sent in the following information.

In November 2009 she was diagnosed with breast cancer. Her cancer was treated by using radiation. On the last day of her treatment, her husband of 28 years suffered a massive heart attack and passed away.

In March 2011 her cancer returned, and her only option at that time was a mastectomy. She had the mastectomy and six months later her house burned down.

In March 2016 she was diagnosed with myelodysplastic syndrome. This was caused from the radiation treatments she received in 2009 and 2010. Left untreated, the result is leukemia. She has been receiving chemotherapy since her diagnoses, while she waits for a bone marrow transplant.

She has been forced to relocate to Seattle to receive the transplant. She was able to rent an apartment near the University of Washington hospital where she will receive the bone marrow transplant.

Once she has received the transplant she will be released to her apartment with a caregiver that will stay with her 24 hours a day. This schedule will continue until sometime in December, assuming everything goes well.

Her plan was to have her partner, Dave, care for her for one week a month, then return to their home in Friday Harbor. Dave still needs to work so they can pay their bills here. She had family & friends planning to step in and care for her during Dave's absence, but she was told this was not allowed. The caregiver must be properly trained at Seattle Cancer Care. The caregiver's role is very serious, it can be life threatening to her if something goes wrong or a mistake is made.

She is estimating her expenses to be $2,000 per month, for each of the four months she will need to be in Seattle.

If you are in a position to help support Carmen by making a donation, an account has been set up at Islanders Bank in her name. The mailing address for Islanders Bank is P. O. Box 909; Friday Harbor, WA. 98250

Please make the check out to "Medical fund for Carmen Dixon". Any and all contributions will help to ease the burden. Thank you!