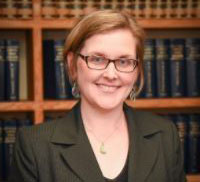 Loring replaces Judge Donald Eaton, who is retiring. She is currently a partner at Goddu Langlie Sandstrom in Friday Harbor and has served as an associate attorney in the Law Offices of Christon Skinner in Friday Harbor and Oak Harbor. Loring previously worked as an associate at Perkins Coie in Seattle and served as judicial clerk to Washington State Supreme Court Chief Justice Mary Fairhurst.

“Katie has broad legal experience and is deeply involved in the San Juan Islands community,” Inslee said. “She has an in-depth understanding of the issues that impact that region of our state, and she is widely respected for her skills as an advocate as well as her commitment to community service. I know that she will make a great addition to the bench.”

Loring received her law degree from Boston College Law School and her bachelor’s degree in environmental science from the University of Rochester in New York.

Kahler has been an attorney with Stritmatter Kessler Whelan Koehler Moore Kahler since 1996. The firm has offices in Hoquiam and Seattle. His focuses include personal injury practice, workplace injuries, medical negligence and insurance issues.

“Ray’s legal experience has focused on protections for individuals and making communities safer for everyone," Inslee said. “He is highly regarded in the legal community, not just for his keen intellect but also for his professionalism and compassion.”

Both appointments are effective January 2018.