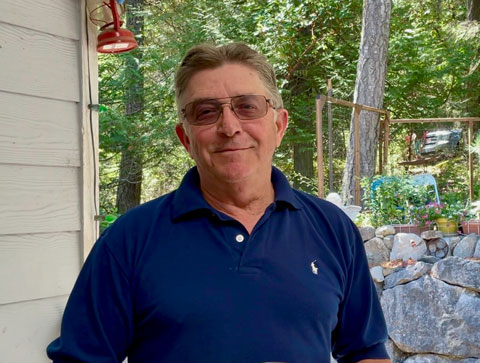 Carl Capdeville of Orcas Island, began to feel ill about the middle of June. Initially he was convinced it was something he ate. Two weeks later he was in St. Josephs hospital fighting for his life as an immune disease, Acquired Hemophagocytic Lymphohistiocytosis (HLH), viscously attacked his major organs.

For three weeks it was touch and go in the ICU. Carl received the prayers, good will, positive vibes and all manner of good energy that came from those who love and support him. After 12 days doctors were able to take him off the ventilator. Once thought dead, the liver and kidneys are slowly returning to life. He is stabilizing with fewer ensuing medical issues.

Carl will remain in the hospital until he is a little more stable and strong enough to enter rehab. There he will undergo nutritional support until his health improves and physical therapy until he relearns simple tasks such as swallowing. It’s going to be a long-haul folks before he puts boots on the rock.

Carl proudly served our country in Vietnam. Hope is that, as a veteran, his medical expenses will be paid by the VA. The dollar amount can only be astronomical at this time. 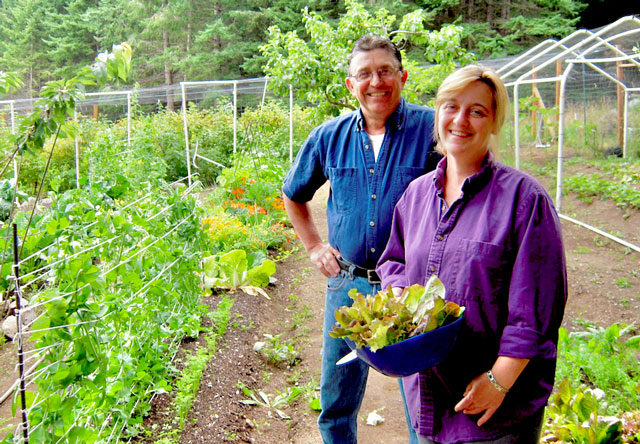 Juliana has been at Carl’s side since she drove him over to the ER on July 1st. Unfortunately, this illness hit at the peak of her berry and catering season. She lost most of her annual income. Even if the VA prevents medical bankruptcy, self-employed Carl and Juliana face an uphill battle with the loss of income from this entire ordeal and what will be months of recovery.

Many Orcas islanders have reached out to ask what they can do to help our local handyman. Now that the shock is wearing off and the potential ruin to Carl and Juliana’s financial health is becoming more apparent the Capdeville and Doty families are asking for your help.

Anyone may walk into the Orcas branch of Banner Bank to make an anonymous deposit into the “donations” account for Carl Capdeville. Please feel free to include stories about or words of encouragement to Carl if you use GoFundMe donate button on his GoFundMe page “HELP! Chatty Carl Capdeville Can’t Chat”. Checks and notes of support can be mailed to Carl ℅ Becky Doty P.O. Box 26 Eastsound, WA 98245.

You can track Carl’s progress toward his return to Orcas Island at his Caring Bridge site https:// www.caringbridge.org/visit/carlcapdeville. There you will learn when he plans to return so that you may properly prepare. The Doty’s are thinking water balloons….