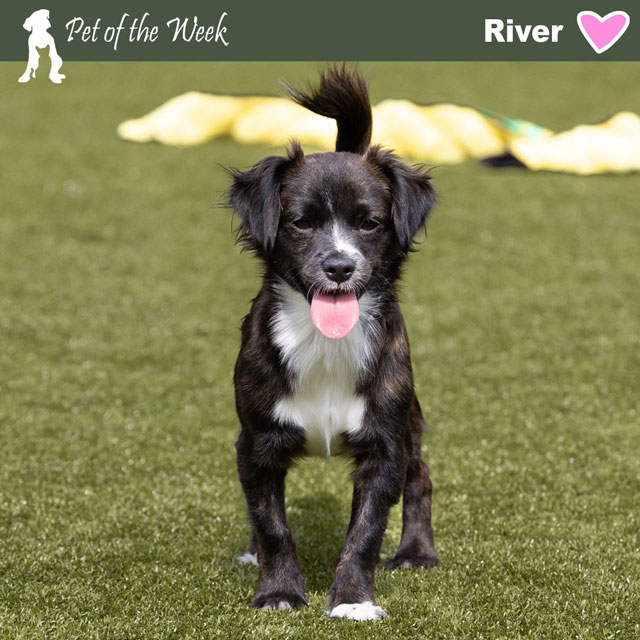 HI! MY NAME IS RIVER, and I’m one of the eight puppies who arrived here at the shelter earlier this month, buuut based on the excitement we’ve stirred up in this island community, I have a feeling you may have already known that!

You may be so wrapped up in puppy pandemonium that you’re unable to see all the individual ways in which each one of us lil’ pups shine. Don’t worry though, there are no judgments from me and my shelter friends; we know all too well the effect baby animals (especially puppies) have on people — us included!

• Pandemonium / (noun): a wild uproar (as because of anger or excitement in a crowd of people)

• Puppy pandemonium / (noun): when the pandemonium (of the excitement variety, obviously) erupts in response to the cuteness overload that puppies bring