Jim Meredith, a World War II veteran (he served in southern France following the landings there), was a constant in San Juan National Historical Park's living history program, portraying a British Royal Marine or a U.S. Army soldier here for nearly 40 years. His first volunteer job with the park was promoting the park while riding the ferries from Anacortes to Friday Harbor.

He was also a skilled blacksmith and was active in commemorating the Lewis and Clark Expedition, serving on a national board and participating in traditional rendezvous.

Shortly after his discharge from the army, Jim rode his bicycle (not a 10-speed and no Spandex) across the continental United States, from New York to San Francisco. He sometimes sought lodging by stopping by county jails and asking if they had a vacant cell. 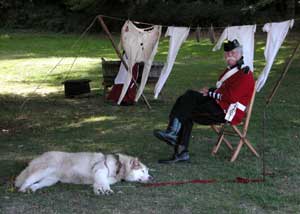 The park celebrated Jim's service last December by naming him the "Volunteer of the Century." There isn't anything Jim did not know about the British Royal Marines--their history, lore and uniform, to the smallest detail. 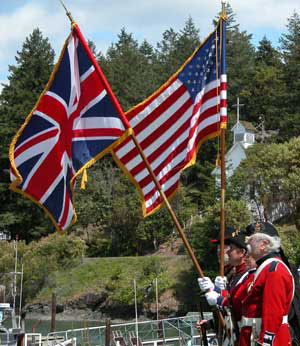 Jim with Battalion B at Roche Harbor on Memorial Day

In view of his already long years of service at the time, the Royal Marine headquarters in Whitehall, London, England, in 1998 declared him (along with his long-time colleague Fred Henley) an honorary member of their corps.

We know that Jim's memory will live on in the living history community not only on San Juan Island, but also throughout the Pacific Northwest and Canada. Literally millions of visitors enjoyed his exacting (and loving) approach to his craft. 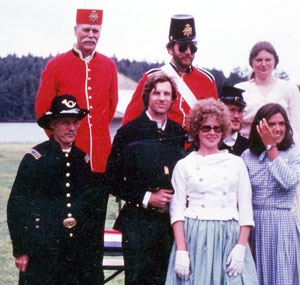 Meridith in the 1970s at British Camp

"I want to thank everyone in the park for providing Dad with such a perfect outlet for his passions," wrote his daughter, Jeanie Meredith. "I know his life was immeasurably enriched by his opportunity to work with you all in your mission to make history come alive and help inform our decisions today. Thank you all for being such good friends to my Dad." 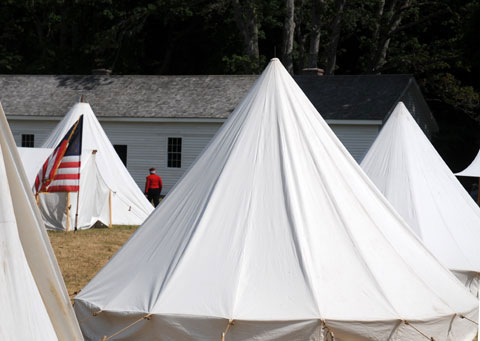