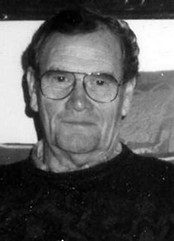 Alan Benjamin Vaines was born in Bolton, Lancashire, England on February 2, 1931 and died in Friday Harbor, Washington on June 9, 2011.

After serving two years in the Royal Air Force, he followed his brother Ronald to Canada. He then went on to California, moving from Malibu to San Jose. His social life was spent in San Francisco where he met and married Pat. After many happy years in Los Gatos and San Anselmo, they arrived in Friday Harbor on August 5, 1981.

Alan found life on San Juan Island as near to perfection as anyone could hope for. He was a realtor, and served on the Planning Commission for six years. He also served as President of the Lions Club and spent 20 years with the Yacht Club. Exploring England, France, and British Columbia brought Alan many joyful times.

Alan's wife of 45 years, Pat, will miss his humor, integrity, smile and love. His courage through two hard years was unbounding. He leaves behind two nephews: Peter Vaines on Vancouver Island, and Michael Vaines in England.

A memorial service will be held at Saint David's Episcopal Church on Wednesday, June 22, 2011, at 3 pm. In lieu of flowers, donations may be made to Doctors Without Borders.