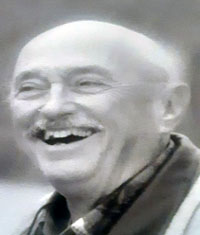 Roy "Doc" Persinger, born in Marion, Ohio on September 12, 1927 to Alfred and Flossie Persinger,  passed away peacefully at home in Friday Harbor with his loving wife Barbara at his side on March 23, 2022.

Doc spent his childhood in Cloverdale, Ohio. Graduated from Cloverdale High School in 1945. Doc entered the Navy after graduation and became the youngest to graduate from Point Loma, San Diego Radar School. He became a Radarman 3rd Class serving aboard the USS Andromeda, where he saw service in the Asiatic Pacfic liberating Marines from Tian, Jing China.

First retirement was in 1996, moved to Friday Harbor to fish, crab, sail and enjoy retirement. In 1967 Doc opened Animal Hospital of San Juan, the most rewarding practice of his veterinary career.

Doc was known for his joyful personality, quick wit, his love of Ohio State, the San Juan Lodge 175 and always having a smile on his face.

Remembered for walking down Guard Street twice a day in rain or shine.

A memorial will be held Saturday, April 9 at 1 p.m. at the American Legion Post 163 followed by a ceremony at the  Masonic Lodge 175.