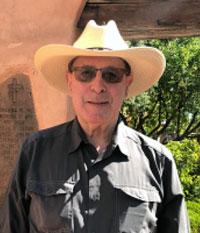 ‘I’m Sounders Til I Die' is a popular chant among soccer fans in Seattle. While that may be the title of the song, those who knew Dan Watson well, know he won’t let a little thing like death prevent him from cheering on his beloved Sounders. Dan Watson is a Sounders Fan for all eternity.

Daniel David Watson was born October 1943 and grew up on the South Shore of Lake Chelan on Watson’s Harverene Resort. The youngest son of Harold and Lu, brother of Howard, Richard and Bob, Dan grew up with an appreciation of the outdoors and a passion for the water, values he would pass down to his children.

While serving in the Army in Europe, he met the love of his life, a pretty young brunette who split her childhood between Brooklyn, NY and Santa Monica, California. The farm boy and the city girl tied the knot in 1969 and moved to the Pacific Northwest.

Dan shared with Mary his love for the outdoors, and introduced her to camping, hiking and backpacking. They would enjoy many adventures in the Pacific Northwest and later in life they would discover Yosemite and the beauty of the High Sierras. Dan grew to appreciate Mary’s love for travel, and the two explored the world together, from the weekend he proposed in Geneva, a trip with the kids to Ireland, vacations in Maui, to a vow renewal decades later in Bora Bora, and many now cherished destinations in between.

Dan and Mary were blessed with two children, a son Kevin and daughter Katie and raised them both in Kirkland, Washington. Dan instilled his love of soccer in his kids, taking them to many NASL and MLS Sounders games over the years, though he would be the first to tell you, his greatest soccer memories were watching his Katie and Kevin, and eventually his granddaughters, play the ‘beautiful game.’ He was their favorite coach and biggest fan. Dan loved nearly everything to do with water, a not too surprising thing for a boy born on the sparkling blue shores of Lake Chelan. He was an avid sailor, and learned to stand up paddle, windsurf and kayak.

Dan and Mary moved to the San Juan Islands fulltime in 2006, and in retirement Dan loved boating in his new home, and was an active member and officer of the Friday Harbor Power Squadron for many years. He took the family to boat shows, went on a number of epic Alaskan fishing expeditions, and spent hours watching the ships pass by his home on Eagle Cove.

Dan will be missed most of all by his wife of nearly 53 years, Mary, his son Kevin and wife Kelly, granddaughter Emily and grandson Conrad, his daughter Katie and husband Sean and granddaughters Mackenzie and Bailey, and his many friends and relatives.