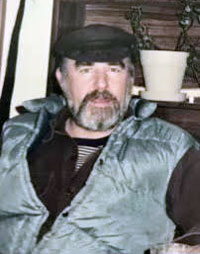 Victor James “Jim” Capron served in the U.S. Army during the Korean War. He was a commercial fisherman, airplane pilot and builder. He owned and developed Capron’s Landing and property on Cady Mountain. He founded a yacht club, owned The Oaks Resort for rabbit and fox hunters, and established a maritime museum next to his home on Argyle Avenue and Pear Point Road. Museum artifacts included the pilothouse of the Nereid, the first vessel built at Jensen Shipyard.

Capron served on the Friday Harbor Town Council in the 1970s and on the county Marine Resources Committee in the 1990s and 2000s. He was an extra in a variety of films, among them “Free Willy” and “Practical Magic,” which were filmed on San Juan Island. He later contributed valuable information for a chapter in the book, "Roche Harbor" (2009, Arcadia Publishing). He also contributed artifacts to the Kirkland Heritage Museum; the city of Kirkland was founded by his great-grandfather, Peter Kirk, an English-born steelmaker who later settled on San Juan Island.

Even after a stroke affected his ability to communicate – a condition called aphasia – Capron remained outgoing and enjoyed telling a story and showing guests his museum.

“He was a true islander,” said Ann Carlson, a former wife. “I don’t know anybody who didn’t like Jim.”

Capron, who was also known by the nickname “Cape,” died June 23 in Anacortes. He was 86. A celebration of his life is scheduled for 1-7 p.m. July 30 in the Friday Harbor American Legion Hall.

He was born on Dec. 29, 1935 in Friday Harbor to Victor James Kirk Capron and the former Ruth Jakle. His earliest island forebears were his great-grandparents, Irish-born Eliza Furlong and her second husband, Pig War soldier John Jakle, who grazed sheep at Cattle Point during the U.S.-British military occupation of 1859-1872.

Capron’s grandfather, Dr. Victor Capron, was an early island physician who established the island’s first phone company and, as mayor of Friday Harbor, established the town’s water system at Trout Lake. As state legislator, Dr. Capron wrote legislation that gives ferry dependent communities a share of state gas tax revenue for use in maintaining local roads. The funds represent money that would be spent in those communities if there were state roads there.

Capron inherited his forebears' spirit of carpe diem. His namesake grandfather, Dr. Capron (1867-1934), contained a cholera epidemic in Hawaii while serving as one of the Royal Physicians, invented an X-ray machine powered by his car so he could assess injuries on site, and successfully performed brain surgery. Dr. Capron’s equally adventurous grandson saved his crew when their fishing boat sank in the Bering Sea; he single-handedly put new pilings under an aging building at his Capron’s Landing Marina (the building was the original U.W. Friday Harbor Labs); and he flew a plane over Mount St. Helens shortly after the 1980 eruption.

Family and friends remember Capron as “a charismatic ‘man’s man’ ” – a guy who loved flying, loved the marine environment, and loved the company of others.

During the filming of “Practical Magic,” the make-up artists called him “Sean” because they thought he looked like Sean Connery, his daughter Julie said.

Capron once rescued an orphaned baby seal and rehabilitated it so it could be released back into the wild. “Easy,” a Great Dane he brought from Alaska on his gillnet boat, became a town character – Easy was known for riding on the roof of cars, was a write-in for town mayor, and had a prepaid pepperoni account at Herb’s that he could access all by himself.

And Capron founded the Friday Harbor Yacht Club as a casual alternative to other yacht clubs.

“Let’s just say it was less stuffy than traditional yacht clubs,” Carlson said. “We had some really nice parties down there. Jim would host pig barbeques and very popular lobster feeds. And, of course, there would be salmon.”

“Dad was social,” Kirk said. “We were always visiting someone. And he was always creating or building something.”

After Kirk moved to Bellingham with his mother at age 9, his father would often pick him up for visits in his plane. “One time he let me fly it. That was fun,” Kirk said.

“The thing that always impressed me about Jim and others of his generation is they were more or less pillars of the community and they all got involved in local politics,” said Kevin Loftus, executive director of the San Juan Island Historical Society.

"They gave their time and talent for the betterment of the community and they did it while working their regular jobs. They were invested in the community in so many ways.”

Capron and his first wife, the former Molly Sandwith, had three children: Julie, Lisa and Victor. He and his second wife, Ann Carlson, had a son, Kirk. He is survived by them, as well as his grandchildren, Albin Capron-Johnston, David Capron-Johnston, Victor Capron, and Melissa Capron-Guillermo; and great-grandchildren, Jazmyn, Gemma, Zoe, and Lily.