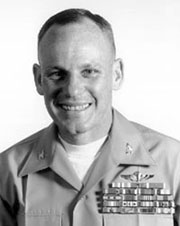 As a young man, Ross earned the rank of Eagle Scout. Ross always wanted to be a Marine like his uncle, Ross Miner. He enlisted in 1962, graduated from San Diego State College, and was commissioned as a Second Lieutenant in the USMC in June 1966. He served three tours in Vietnam, including at the Siege of Khe Sanh.

He returned to the US and married his college sweetheart, Kare, in June 1969. Together they lived in Japan, Korea, Okinawa, and many other places in the US during his Marine Corp career. Ross commanded a regiment of 4,000 Marines during Operation Desert Shield in 1990-1991. After serving 30 years and earning the rank of Colonel, Ross retired in 1992.

Ross and Kare then moved to San Juan Island. Ross spent many happy days  on the water fishing for salmon. His most exciting catch was a 40-pound chinook. Ross joined the Einer Nielson-Becky Barr fishing tournament committee to bring the fun of salmon fishing to others. 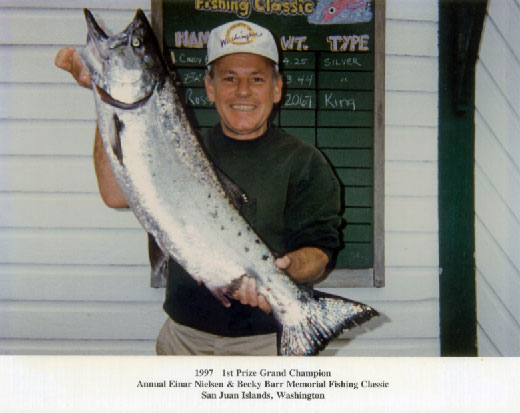 Ross and Kare traveled extensively during their retirement years. He loved being aboard a cruise ship with Kare  (rather then with a regiment of Marines!)

Ross is survived by his beloved wife, Kare, of San Juan Island, daughter Care Maree Harper and grandson Odin Harper, of Sammamish, WA and cousins Trish Lehman of Friday Harbor, Broge Miner of Renton, WA and Eric Miner of Sequim, WA. A memorial service will be held at 2 p.m. on Saturday, 8 October at St. David's Episcopal Church in Friday Harbor.

In lieu of flowers, Ross requested donations be made in his honor to Disabled American Veterans. Semper Fidelis.