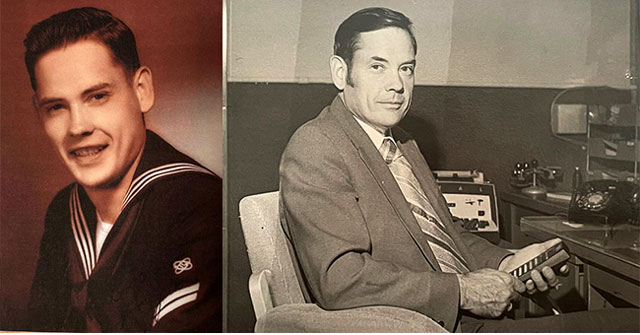 In January 1951, Jack Vern Huffman began attending the University of Washington, but then enlisted in the Navy the following month, went to boot camp in San Diego, and then attended electronics school at Treasure Island, California. During this time, his future wife, Nancy Simpson, worked for the U.S. Civil Service on Mare Island outside of Vallejo, Calif. She and Jack met in Napa, California. Jack and his future best man, Brian, were out driving in Brian's panel truck looking for his girlfriend, who happened to have Nancy sitting next to her in the car.

Jack and Nancy married April 25, 1953, in Mare Island, California. Newly married, Jack's next Navy assignment was at a Naval Station on Adak, Alaska. With his plane stopping for fuel in Kodiak, Jack asked the commanding officer for a change of assignment to Kodiak, where Nancy joined him in June 1953. Their daughter, Marji Ann Huffman was born in June 1954. Discharged from the Navy in 1955, they joined his parents at the homestead, where Jack worked at KENI television as a camera man. Next moving to Napa, California, Jack received an Associate's degree, attended University of California Berkley, and worked at both KEWB and KCBS radio stations.

Accepted into Federal service with the Civil Aviation Administration (CAA, predecessor of the Federal Aviation Administration), Jack and family moved to Fairbanks, Alaska in July 1960, followed by Anchorage in 1967, and then to Southern California in 1973. A life-long instrument and commercial-rated pilot, Jack owned many airplanes including his beloved Cardinal RG. He was very active in the Experimental Aircraft Association (EAA), becoming President of Chapter 49 as well as being a technical advisor for many home-built aircraft in the area. Jack served as a mercy flight pilot for many years, providing vital medical transportation for many island residents. In 2019, Jack was presented with the FAA's Wright Brothers Master Pilot award, recognizing his outstanding record of safe flight operations continuously for more than 50 years during the course of his aviation career. 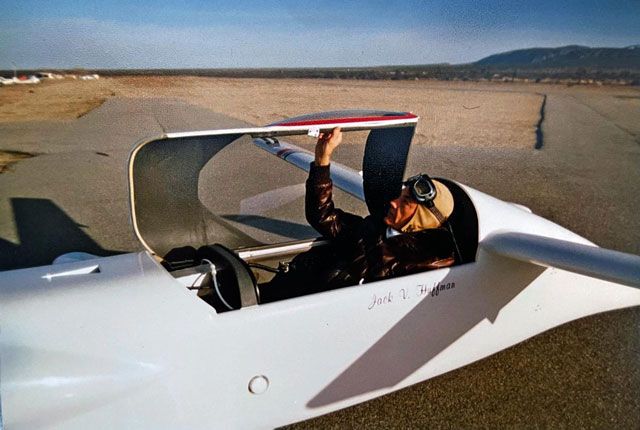 Retiring from the FAA in 1986, Jack and Nancy fell in love with the San Juan Islands in 1998 and moved to Orcas Island to build Nancy's second self-designed dream house in 2001. Jack enjoyed many friendships on the island, especially those involving aviation. Jack was beloved by friends and family as a wonderful storyteller with a great sense of humor and love of life. He was a member of the Alaska Yukon Pioneers of Anchorage High School, and the Anchorage Masonic Center.

Jack is survived by his daughter Marji and husband Phil Plessinger of Fairbanks; son Robert Huffman and wife Tracy Mathieu of Washington, DC; sister Suzie Smith of Palmer, Alaska; grandson Steven and wife Lauren, their children Jackson, Mira, Emilia, and Emory; grandson Eric Huffman and wife Baylee, their children Kash, Kennedy; grandson David, the eldest grandchild, his wife, and Jack's five great granddaughters through David and a great, great granddaughter; grandson Michael, his wife and two great grandchildren; Amber Plessinger and as Jack would say "favorite" (only) granddaughter, her son and husband, carrying on the Huffman tradition of homesteading in Alaska. Jack was preceded in death by his parents, and wife Nancy.”

In lieu of flowers, donations may be made in his name to the Hospice of the Northwest at https://www.hospicenw.org/