Charles Lee Roberson, 76, passed peacefully on September 11, 2011 in Juneau, Alaska. His daughter Kim Lanz and dear friend Joann Williams were by his side. 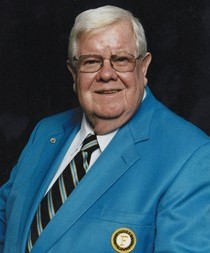 Chuck was born and raised in Bellingham, Wash. He graduated from Bellingham High School and went on to Skagit Valley Junior College, Everett Junior College, and later to Western Washington University, where he met Nancy Bergeson. The two married in 1956 and had seven children, moving with their young family to Friday Harbor, Wash. in 1968.

Chuck worked at King's Market and later operated his own grocery store, Roberson's Market, with Nancy. It was a family affair, with the kids working in the store right alongside him. They later purchased The Lower Tavern, which became Charlie's Tavern, a popular spot with locals and visitors alike.

During this time, Chuck also worked with local artist Marjorie Walker in her False Bay studio, painting and making pottery, often with the kids in tow.

Always one for adventure, Chuck would often load up the family and take off on road trips, near and far.

In 1974, Chuck moved to Alaska. He became a restaurateur with the Hathaway Corporation, with restaurants and lounges in Juneau, Valdez (during the pipeline days) and Soldotna.

Chuck went on to work on the Alaska Marine Highway in 1980 until retirement in 1995. He and Elaine enjoyed spending their time traveling around Alaska, Hawaii and Mexico until Elaine's passing in 1996.

Chuck joined the Juneau Moose Lodge 700 in 1990 and the Alaska Panhandle Moose Legion 215 shortly thereafter. His most recent undertaking was chairman of the AHMA hospitality room at the International Moose Convention in Anaheim, Calif. this past summer. He solicited funds from 12 different Moose organizations in the state of Alaska, along with contributions of wild game sausages, shrimp, crab and smoked salmon, bringing a true Alaska flair to the event. It was a great success and praised by all who attended.

Chuck loved traveling both for the Moose Lodge and for personal enjoyment, taking trips across the country and as far away as Europe and Mexico.