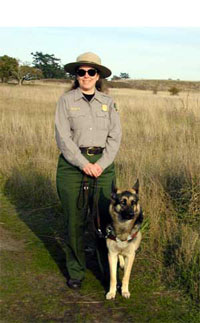 A former national park ranger who inspired an entire generation of school children on San Juan Island and throughout the region died Friday (November 4, 2011) in her San Juan Island home following a two and half-year fight with cancer.

Darlene Wahl was born July 10, 1961 in Madison, WI. Sight-impaired at birth, Wahl never allowed her disability to stand in the way of a multitude of achievements including higher education, world travel and work that provided adventure as well as the richness of experience.

"She once told me (her disability) wasn't something that stopped her," said her husband, Ken Arzarian. "She just had to figure out a way, to do the things she wanted to do."

And she did just that, graduating in 1979 as co-valedictorian of her class at Queen of Apostles High School in Madison, where she also lettered in varsity cross-country and track. This was followed by a Bachelor's Degree in Anthropology from Morehead State University and a Master of Science Degree in Outdoor Education and Recreation from the University of Wisconsin, LaCrosse.

Fluent in Spanish, Wahl completed a portion of her graduate studies in Spain and Guatemala, and then volunteered as a teacher for a school for the blind in Costa Rica.

When Wahl wasn't studying or competing, she played the guitar and sang; went canoeing, kayaking, hiking, rock climbing, caving, downhill and cross-country skiing; and rode horses and taught horseback riding. Her cross-country skiing skills resulted in her selection for a 500-mile, 45-day expedition in March-April of 1982 across Lapland. The trek through Russia, Finland, Sweden and Norway culminated in audiences with the kings of Sweden and Norway.

Wahl also developed a passion for lighthouses, and compiled a body of knowledge broad enough to result in an invitation to present a paper at a National Park Service symposium several years ago.

Wahl's anthropology studies opened the way to her selection as a Field Leader for Earth Watch winter archaeological digs in Belize, Central America from 1984 to 1987. She also worked as an archaeological technician at the National Park Service's Midwest Regional Archaeological Center in Lincoln, NE in 1991-1992.

But being a park ranger was always Wahl's first love. Before arriving at San Juan Island National Historical Park in 1999, she was a seasonal ranger at Isle Royale National Park, MI, and an NPS volunteer lighthouse keeper at Apostle Islands National Lakeshore, WI.

On San Juan Island, Wahl worked with local teachers in developing the "Habitats" curriculum for the Friday Harbor Elementary School, a program that stemmed from the self-guided walk she authored for the Jakle's Lagoon/Mount Finlayson trail network.

She was also an enthusiastic living history re-enactor, developing a camp-follower character that dispensed tobacco and other sundries to soldiers. Wahl and her guide dogs, Fayette and then Ingrid, marched together in the 1860s color guard formations in the Friday Harbor Memorial Day and Fourth of July parades in Friday Harbor and Eastsound. Wahl and her dogs also participated in the annual Encampment at English Camp.

"Darlene was as game as anyone I've ever worked with," said Mike Vouri, San Juan Island National Historical Park chief of interpretation. "She had a great sense of humor as well as an acute sensitivity and perceptiveness that made her the ideal NPS interpreter. Our visitors always knew they were welcome when Darlene staffed the counter, conducted a guided walk or encountered them on the trails when she was out with Fayette or Ingrid." (photo with Fayette)

Moreover, Wahl's sight impairment was an inspiration to school children, said Vouri. "In addition to explaining the role of service dogs and how people should behave toward them, Darlene also told them not to allow anything to stand in the way of pursuing their dreams," he said. "She certainly did not."

Wahl is survived by her husband Ken Arzarian of Friday Harbor; her parents Dean and Nancy Wahl of Rhinelander, WI; her sister Linda Smith, brother-in-law Andrew Smith, nephew Levi Smith and niece Julianna Smith, all from Rhinelander; and her guide dog Ingrid.

She was preceded in death in fall 2008 by her well-known and beloved guide dog, Fayette

A memorial mass will held at 11:30 a.m. on Saturday, November 12 at St. Francis Catholic Church, A reception will follow at 12:30 p.m. in the Orca Conference Room of the Earthbox Hotel, 410 Spring St., Friday Harbor. The room is on the second floor of the building just behind the swimming pool. Call the Earthbox at for directions.

Memorial gifts may be sent to Guide Dogs for the Blind, 350 Los Ranchitos Road, San Rafael, CA 94903 and Wilderness Inquiry of Minneapolis MN, which provides outdoor adventures for people of all abilities. 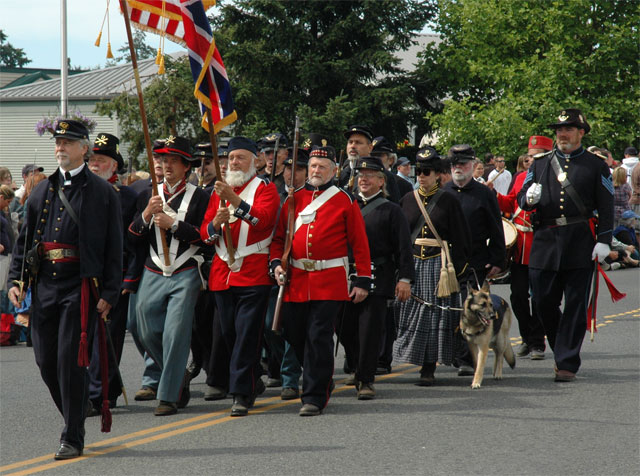