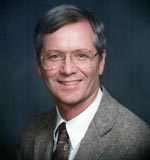 Rainer Eberhard passed away peacefully on May 10, 2014 with his wife by his side.

He was born in Beijing, China in 1935 to Wolfram and Alide Eberhard where his father was doing post-doctoral work in Chinese History and Culture.

Rainer grew up in Ankara, Turkey speaking German and some Turkish. It was in Turkey, that he developed his love of the water, spending summers on the island of Kinaliada, swimming and dreaming of having a boat bigger than a row boat.

In 1948 the family emigrated to the US, settling in Berkeley, CA. As a teenager, not speaking English, it was important for Rainer to fit in and become an American. Scouting and the Theta Pi youth group of the Methodist Youth Fellowship provided that opportunity, made him feel welcome, and created life long friendships.

Rainer graduated from Berkeley High School, then attended Cal Berkeley for a short time before volunteering for the Army.  He didn't quite see the world, as he was stationed in Monterey and Las Vegas as a motor pool mechanic. However, these posts resulted in a job as the driver for the Turkish delegation to a UN meeting in San Francisco and sent him to the nuclear test site in Nevada where he was a ground zero observer to numerous above ground nuclear tests.

He attended the University of California at Riverside receiving a bachelors degree in Mathematics. There he met his first wife Jeannette, the mother of his three children, Eric, Martin, and Karl.

His first job was for U.S. Steel Corporation in the new field of data processing.  This started a 40-year career in programming, technical support, consulting and software development for large and small companies with assignments taking him all over the world including Brazil, Taiwan, Venezuela, Argentina, and the Virgin Islands.

The last 16 years of his career were with IBM in San Jose, CA working on IBM’s DB2 data base. Through his work in computers he met and married his second wife, Susan.

His love of boating and the sea continued throughout his life.  In Berkeley he had his first boat, a 1910 wooden Captain's gig that he and his family used for salmon fishing as well as volunteering with the U.S. Coast Guard Auxiliary, participating in on the water rescues, safety patrols and boater education.

His next 2 boats were Grand Banks Trawlers used again for Auxiliary work as well as cruising in the San Francisco Bay area and Sacramento Delta.

Upon retirement in 2000, Rainer and his wife moved to the San Juan Islands fulfilling another dream of Rainier's to have a home on the water as well as a dream of going under the Golden Gate bridge, turning right and cruising up the coast to Puget Sound.

This started a special time in his life of boating and cruising. His dream boat, a custom Rozema aluminum trawler, became his final boat providing many years of joy as he and Susan cruised five wonderful summers to Alaska.

Rainer was always a hands-on person whether he was keeping the boat running, fixing things around the house, fixing cars, working on his Model A, building canoes, or keeping his many antique clocks running. He could fix or repair just about anything and passed this ability on to his sons.

He found the perfect life on San Juan Island, boating and being on the water, discovering new places with the Friday Walkers, and never tiring of living by the sea with a view of the Olympic Mountains. In Friday Harbor, Rainer was active in the Friday Harbor Sailing Club and the U.S. Coast Guard Auxiliary.

He is survived by his wife of 40 years, Susan, brother Anatol (Carolyn), sons Eric (Cheryl), Martin (Carolyn) and children Brian and Katy, Karl (Karin) and children Lyn and Josh.

Donations may be made in Rainer’s name to the Alzheimer’s Association or to Friends of the San Juans.