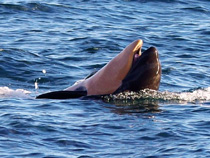 Another orcas calf has been born into the Southern Resident killer whale (SRKW) population - the seventh since December 30, 2014  according to the Center For Whale Research.   L123 is the first calf for L103, a 12-year-old killer whale.

The SRKWs -  J, K and L pods -  are listed on the federal endangered species list.

Scientists believe that the baby boom this year is directly correlated to a healthy Chinook salmon run last year. But coming off a regional drought and other problems, the next few years are expected to be challenging for the population according to Michael Harris, Executive Director of the Pacific Whale Watch Association. Southern Community continues to rebuild its ranks.

The announcement comes almost exactly a year to the day after the tragic loss of J32, or “Rhapsody,” the beloved member of the Southerns who died from an infection while trying to give birth to a full-term fetus.

“Losing J32 was like losing two on one day from this population,” remembers Michael Harris, Executive Director of Pacific Whale Watch Association (PWWA), representing 36 operators in BC and Washington. “That also dropped their numbers to 77, down one from when we got them listed under the Endngered Species Act 10 years ago. And that brought us all down. Many of the most optimistic among us started to really wonder if we could save this population. Some gave up — but not us. And then true enough, they surprise us with seven beautiful, healthy calves within a year. It goes to show that you never can give up on these orcas. They’ve been around for about 10,000 years, and if we make sure we have salmon out there, they’ll be around for thousands more.”

"We are very excited about the SRKW baby boom, but it is now more important than ever to remember that the more whales we have the more salmon they will need,” said Dr. Deborah Giles, Director of Research for the Center for Whale Research. "With all these new mouths to feed it is crucial to focus on Chinook salmon habitat restoration. Removal of the lower Snake River Dams is just one of the many ways to address the issue.” 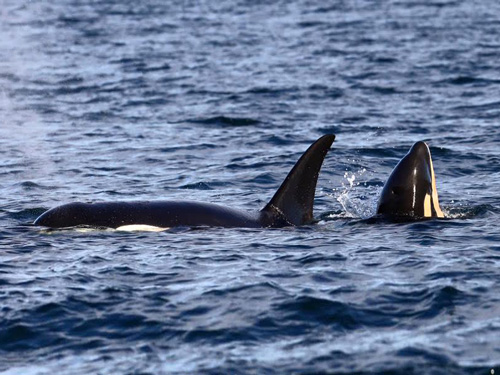 One way to help the whales is to become a Member of The Center for Whale Research www.whaleresearch.com.