PRESS RELEASE: The Center for Whale Research  can confirm that J35's newborn calf is male. The feisty young killer whale was seen September 22, near Point Roberts, Washington. He was photographed rolling, spyhopping, and swimming alongside his mother, who was actively foraging for food. 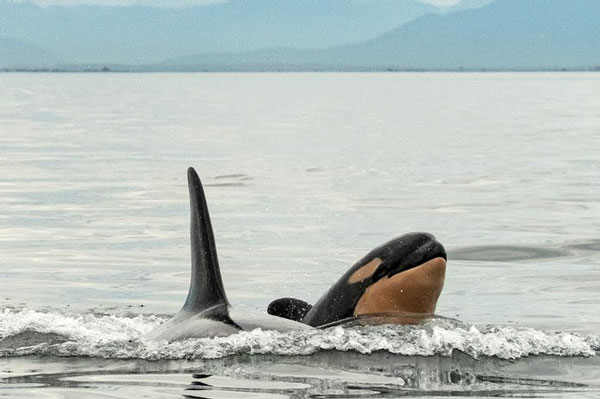 ​For the Southern Resident killer whale community's population sustainability, it is preferred that new calves are female. But regardless of gender, J57 is a very welcome addition. He is robust and appears healthy.