The Center for Whale Research (CWR) is sad to report that Southern Resident killer whale, L47, is missing from our 2021 census. CWR last encountered L47 on February 27 in Swanson Channel, where she did not appear to be in particularly poor condition. 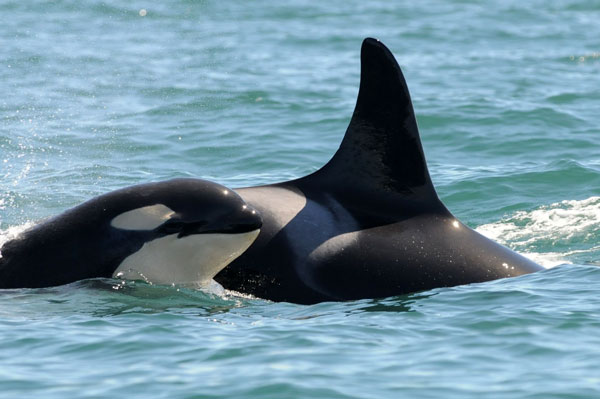 She was subsequently missing from surveys conducted by our colleagues at Fisheries and Oceans Canada conducted in the western Strait of Juan de Fuca in the early summer months.

In September, CWR teams have had six on-the-water encounters with L47’s matriline and have repeatedly photographed all of her offspring and grandoffspring without finding L47. 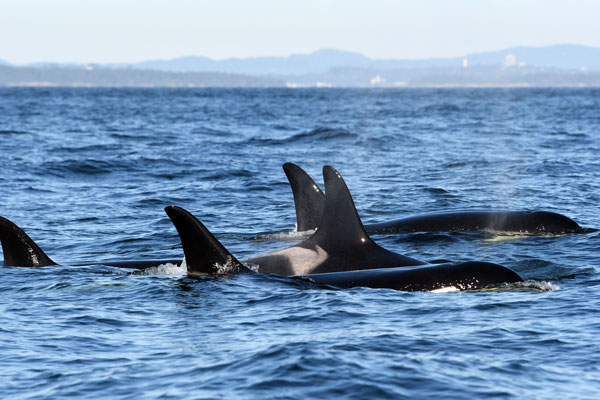 L47 with her daughters and son in 2017. The Center for Whale Research photo

Her repeated absence meets our criteria for declaring a whale missing and likely deceased.

Born in 1974, L47 would have been forty-seven years old in 2021. She was among the most prolific Southern Resident females. She has had seven calves that survived long enough to be given an alpha-numeric designation, the most of any Southern Resident.

L47 experienced more than her fair share of loss, with four calves not surviving past their first year. Her three surviving offspring are L115, a young male, and L83 and L91, two adult daughters. L83 and L91 are raising sons of their own, L110 and L122. As a mother and grandmother, L47’s death may have severe consequences. Center for Whale Research data shows that older, post-reproductive females hold key leadership roles in this society, particularly when food is scarce.

Also missing from recent encounters is K21, the 35-year-old male killer whale who was last seen in July exhibiting extreme emaciation. It was clear from the images of K21 collected in July that he would not survive much longer. CWR can confirm that K21 is deceased, as our teams have repeatedly censused all of K pod without locating K21.

With the loss of L47, the Southern Resident killer whale population as of the CWR’s July 1, 2021 census date stood at 74 individuals. With the subsequent loss of K21, the current population is 73.

View more photos of L47 on The Center for Whale Research website.