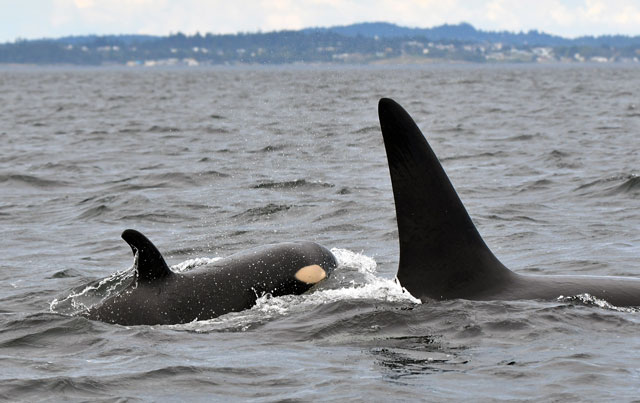 Message from The Center for Whale Research: On July 9, we met the newest member of K Pod, K45. We received word that Southern Resident orcas were inbound from the west side of Vancouver Island, and in the group were members of K Pod whom we had not seen since November 21, 2021.

We had previously received video and photographs of a possible new calf with K Pod earlier this year (April and June). Still, we were excited to have the opportunity to see the baby firsthand. 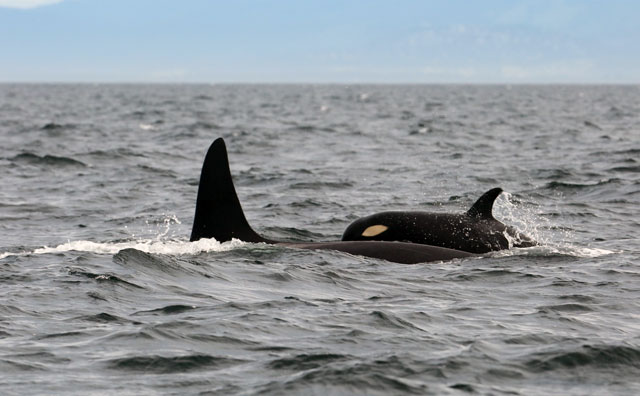 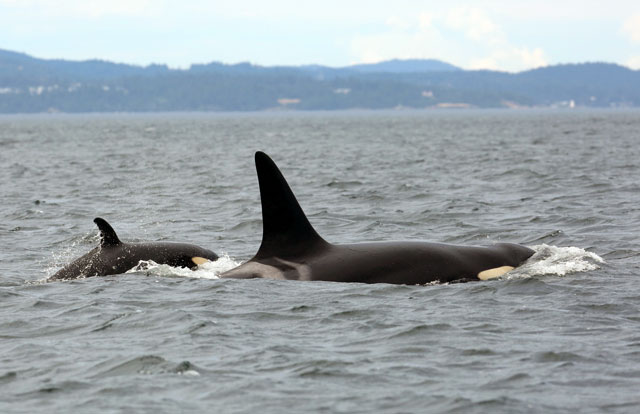 Yesterday, Center for Whale Research (CWR) field biologist Mark Malleson and his colleagues sighted the group northeast of Race Rocks and confirmed that K20 was traveling with a new calf. They captured images of K20 with her new baby traveling in a tight group with other family members.

CWR designates this newborn: K45. K45's sex is unknown at this time. Its size and shape are typical of a calf in good physical condition. K45 is the first calf born into K Pod since 2011 when K27 gave birth to K44 (male).

More in this category: « 5 orcas in J Pod and 8 in L Pod designated as vulnerable; State adopts emergency rule August 13: An "epic" encounter with J, K, and L pods »