Friday Harbor's 4th of July parade was emceed by Alan Budwill, STAR 101.5 morning show host, and started with a flyby of Island Air Ambulance planes. Seventy-three entries traveled slowly down Spring Street which was lined by crowds of visitors and residents. Video of American Legion Post 163 Firing Squad at bottom of page. 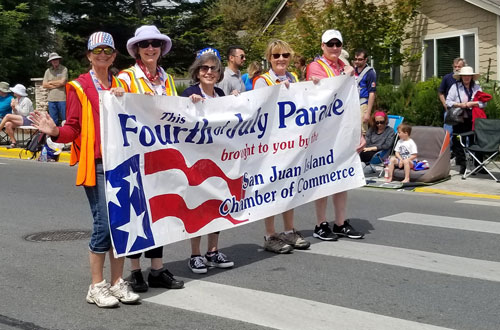 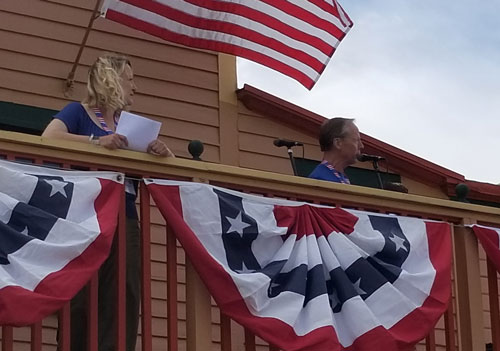 Alan Budwill welcomed everyone to the parade. 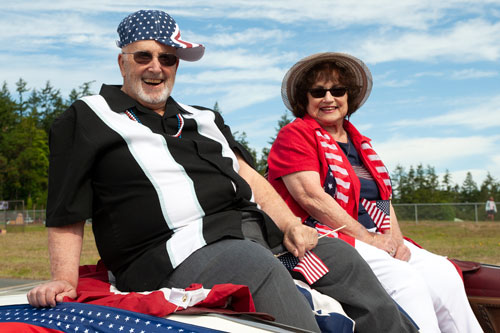 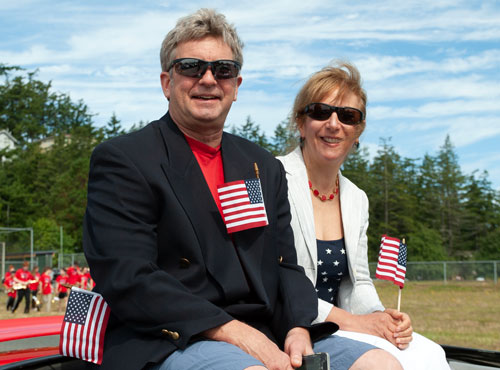 The Grand Marshal was Warren Jones, Citizens of Honor were Anna Maria de Freitas and David Pass . The theme was "Music of America, Celebrating music through the decades." Parade entries included a variety of music - from marches to rock to the Andrews Sisters.