A potential buyer was trying to start up an RV that was parked next to the Office Center  on Spring Street in Friday Harbor, when the vehicle backfired and caught fire. According to San Juan Island Fire Chief Norvin Collins, the fire spread to the Office Center. A nearby propane tank fed the fire. 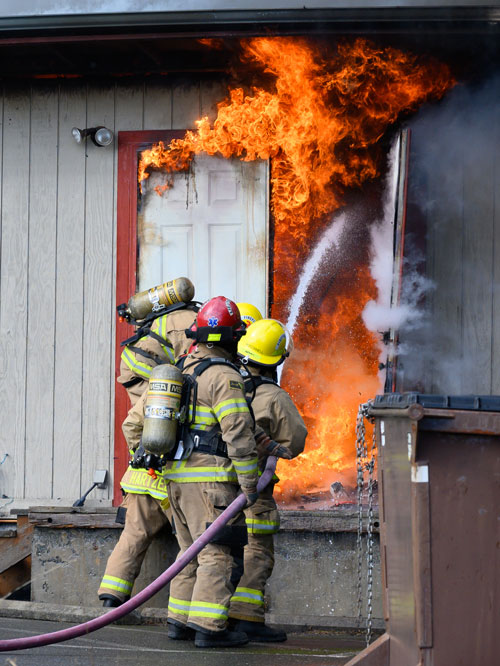 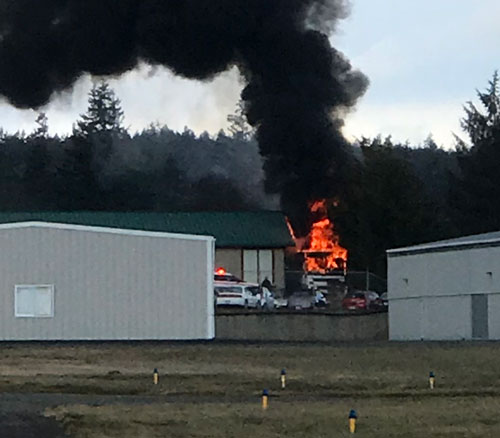 This photo shows the RV on fire and the edge of the Office Center roof just beginning to burn. Christine Minney photo 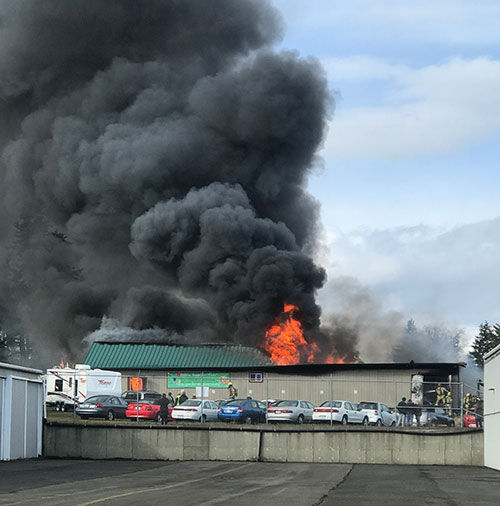 View from near Ernie's Cafe at Friday Harbor airport. Photo by Christine Minney

One person suffered minor injuries and was taken to PIMC to be checked. One customer and an employee were in the store when the fire broke out. The owner grabbed a fire extinguisher and tried to stop the fire while 9-1-1 was called. The owner's actions made it possible for cars parked nearby to be moved out of danger. 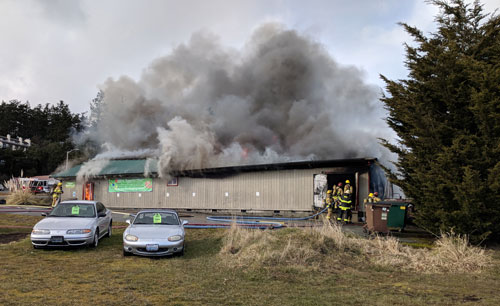 View of back of building. Photo by Keith Richards 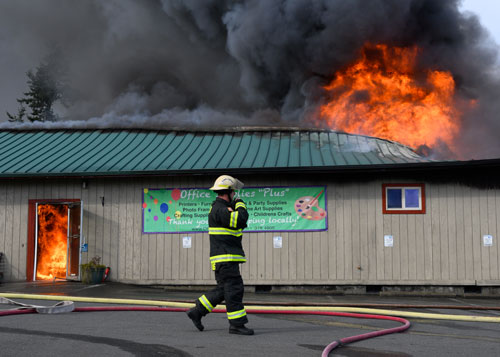 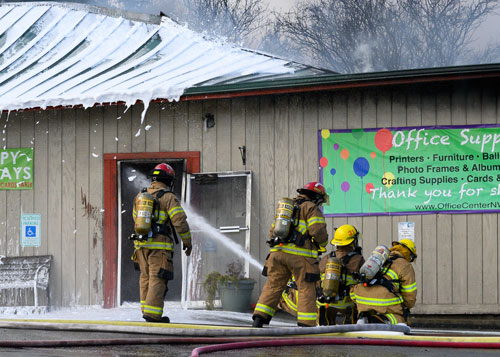 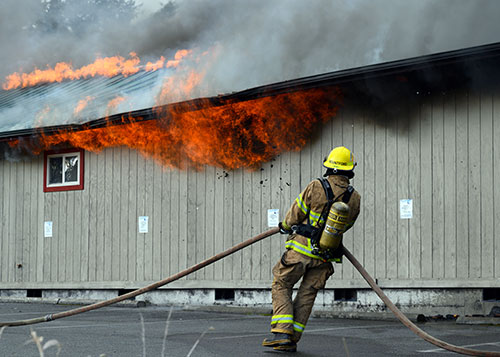 View of the rear of the building. Matt Pranger photo 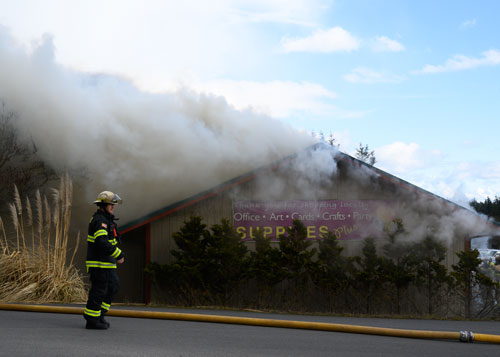