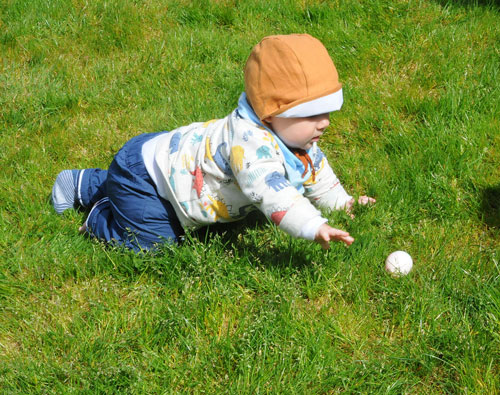 The sun was shining, the colorful dyed eggs were hidden in the gardens, the Easter Bunny and the Carrots on hand, and dozens of children were waiting at the rope lines. The annual Easter Egg Hunt at Roche Harbor Resort started promptly at 1 p.m. and it wasn't long before the first golden egg was found. 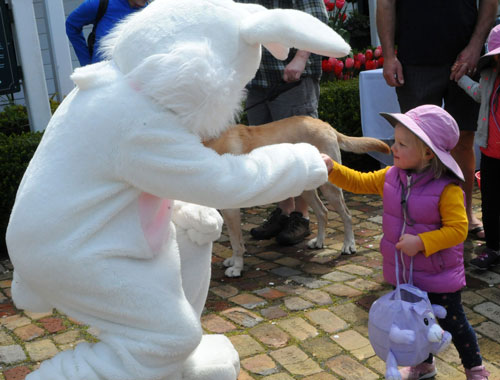 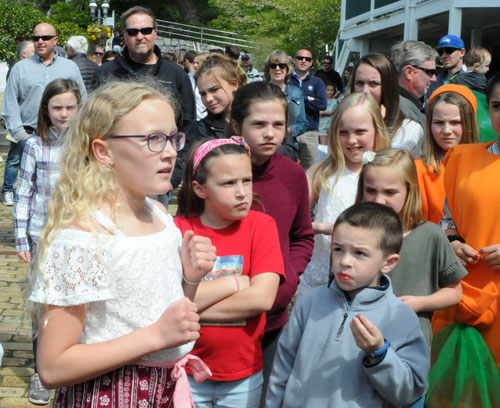 Georgia Vanderyacht won the jellybean jar and a $100 bill by guessing almost exactly the number of jellybeans. Photos by Sharon Kivisto

There are golden- and silver-colored eggs in each of the three gardens.

The lucky winners traded the shiny painted eggs for a stuffed animal and a basket full of toys.