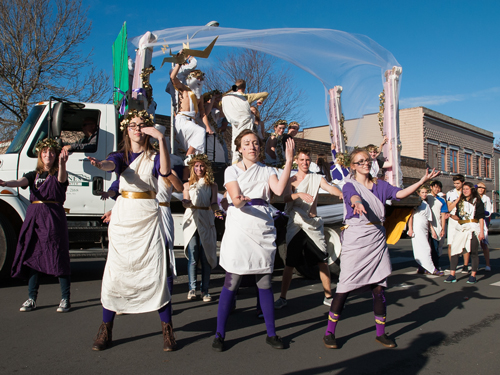 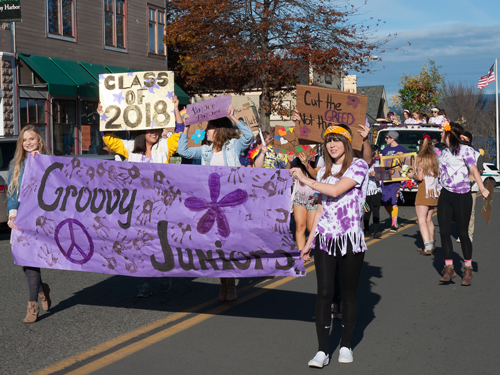 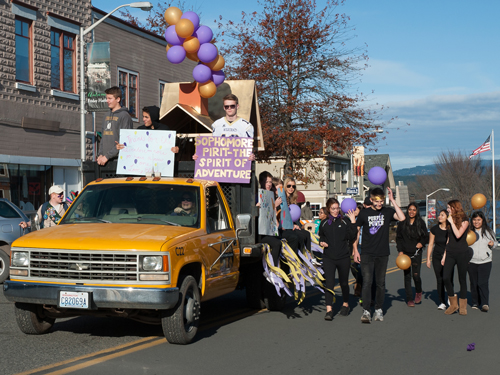 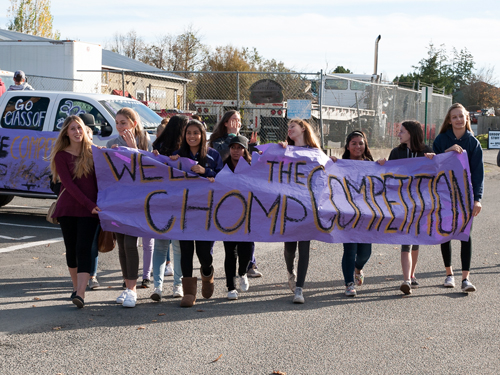 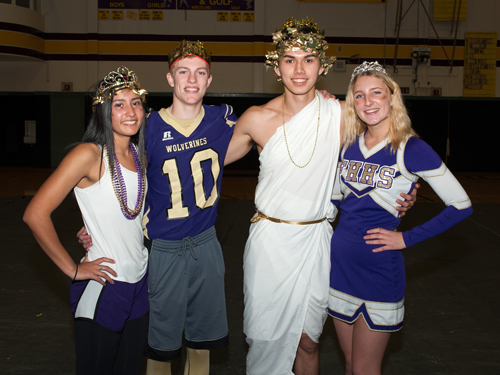 The parade ended at the high school where the cheerleaders led a pep rally took place in Turnbull Gym where royalty was crowned.