Seventh Annual Friday Harbor Invitational Golf Tournament was played Friday May 6, 2022. This event is a dress rehearsal for 1B/2B District Golf Tournament scheduled for May 12, 2022. 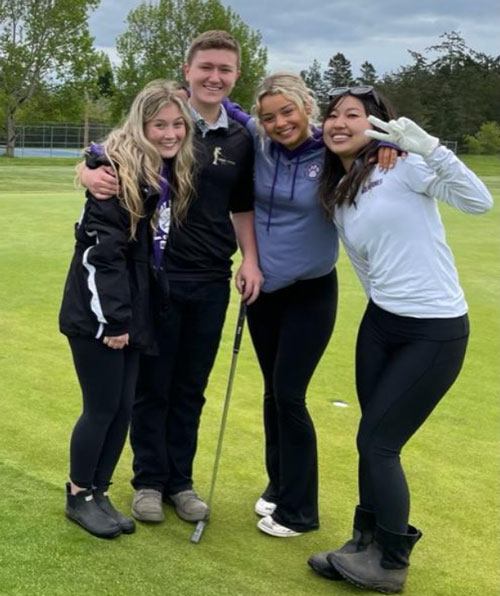 The old timers here on San Juan Island will tell you to live here you have to learn how to be flexible and adjust to whatever the ferry throws at you. My phone started ringing off the hook at 6:30 a.m.  tournament morning. The early ferry from Orcas was canceled and they wouldn’t be able to arrive on San Juan until 11:30 a.m. The two other teams invited, Lopez and LaConner were on schedule to arrive for a 9 a.m. shotgun start.

With a few minor adjustments we decided to proceed as scheduled with the first nine holes slated as a practice nine and the tournament would be the back nine once Orcas arrived.

Daven greeted the players on behalf of the Club and membership and wished them all good fortune for the day. With the blast of the shotgun, 30 of the 40 kids were off and playing. The greens crews had been at the course since daylight tuning up the greens and sand traps for the players. After nearly an inch of rain on Thursday, the course still looked great. The greens were rolling fast which makes it fun for the golfers but makes it agonizing for the Coaches to watch.

At 11:30 a.m. the bus dropped off the Orcas team from the ferry and our players had just finished their first nine holes of warmup and practice. With a few minor adjustments, we reorganized and Daven was able to shoot the shotgun for the second time in one day and all players were off and playing by 12 noon sharp.

The 1B/2B League Friday Harbor plays in, over the years has produced some fine golfers. This year we have both the men’s and women’s odds-on State champion playing in our league. We paired the seniors Emma Worgum from LaConner and Burly Hildreth from Orcas together along with Jack Mason from Friday Harbor and Ananda Velo from Lopez. Emma and Burly put on quite a show for the large gallery that had the pleasure of watching them perform.

Emma shot a 1 over 37 to lead her LaConner Ladies Team to victory in the Invitational. Burly cruised in with a 1 under 35 to lead the Orcas Men’s Team to the Championship. 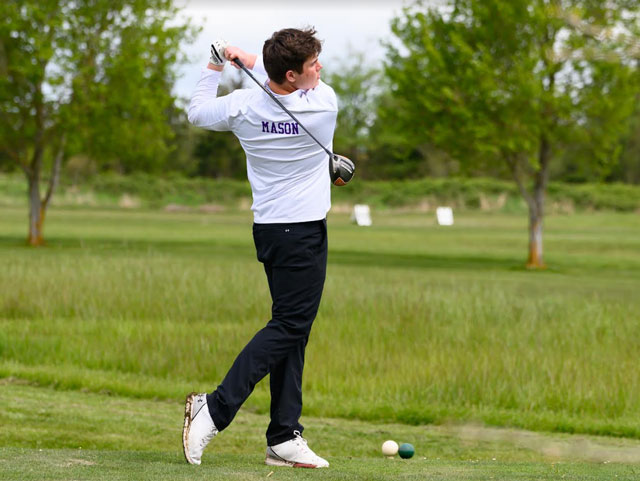 Our own Jack Mason from Friday Harbor who normally doesn’t like to play in front of a lot of people pulled it together to capture second place in the tournament with a fine score of 40 with a large gallery following.

Prizes were awarded for long drive and closest to the pin on the par threes. A big THANK YOU to the San Juan Ladies Golf Association for hosting a full BBQ for the players after the event. 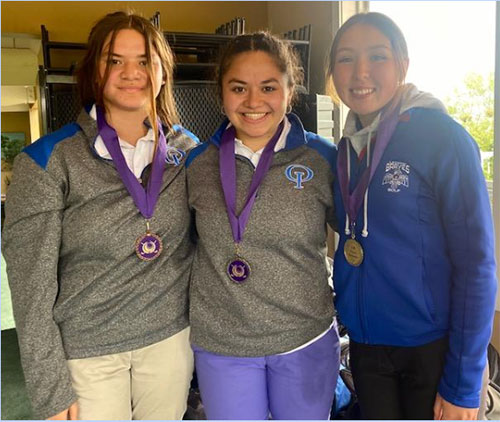 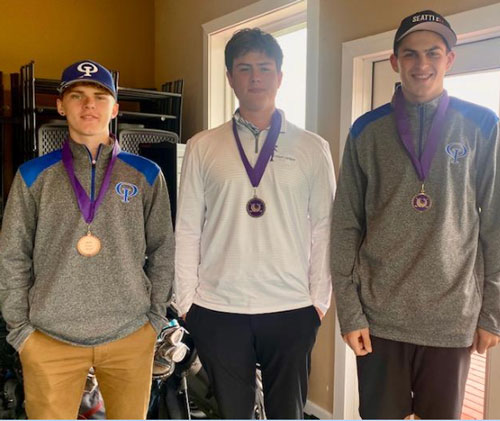