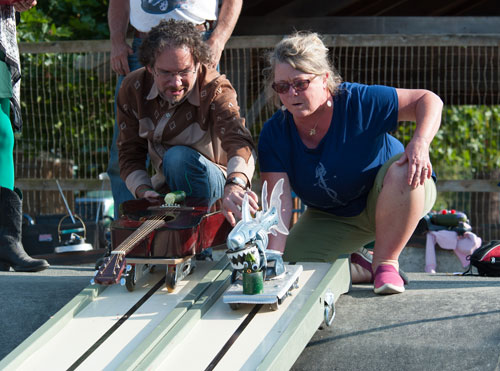 The annual Zucchini 500 races  attracted competitors of all ages at the 2018 San Juan County Fair. Crowds cheered as the wacky contraptions zipped down the two lanes. A new twist on Chicken Races was added after the Zuke racers were done. The chickens didn't seem to care if they won.

And on the final day of the Fair, the ever popular Ramp of Death was set up. And many of the racers took one final destructive ride. 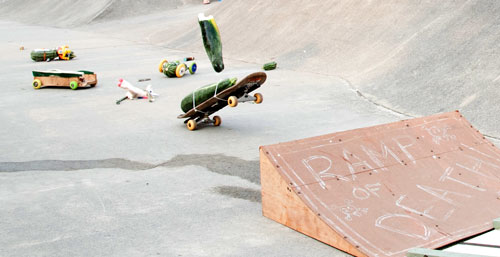 All photos by Matt Pranger