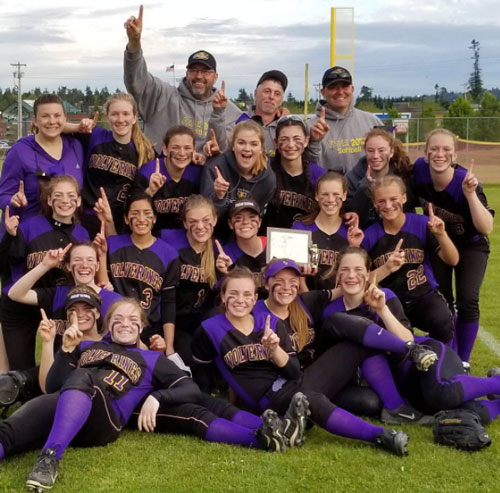 Saturday afternoon, Wolverine fastpitch coach Brian Lambright was worried the nightmare that disturbed his sleep the past week was coming true. In his nightmare, Concrete beat the Wolverines breaking the 15 victory record Friday Harbor has over them. Fortunately, the Friday Harbor girls banished the nightmare by preserving their one-run lead, winning the game and fulfilling their dream of going to state. 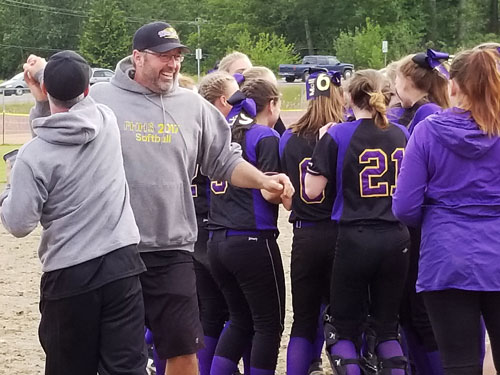 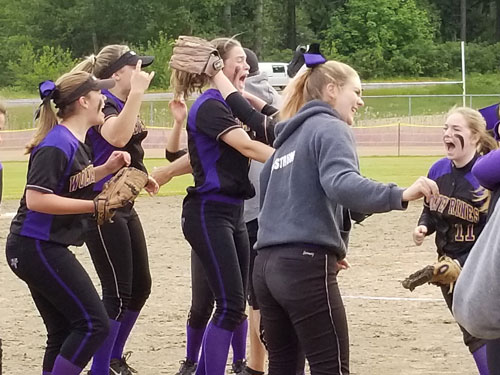 As the game reached the final innings, Friday Harbor fastpitch team, undefeated in league play, led by just one run. The fans, the team and the two coaches were holding their breath as Concrete had players on base. Cheers erupted as an outstanding play at home saved the game from becoming tied. (We'll have more details after Matt talks to the coach - Matt's out of town and my sports writing talent is pretty much non-existent - Sharon). 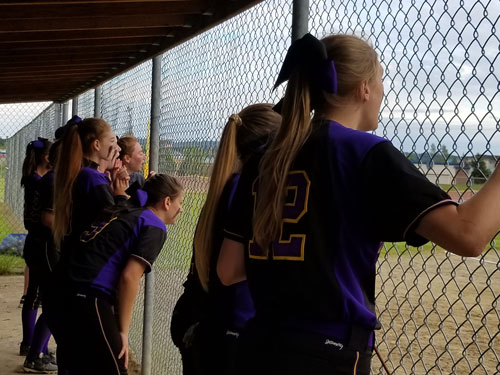 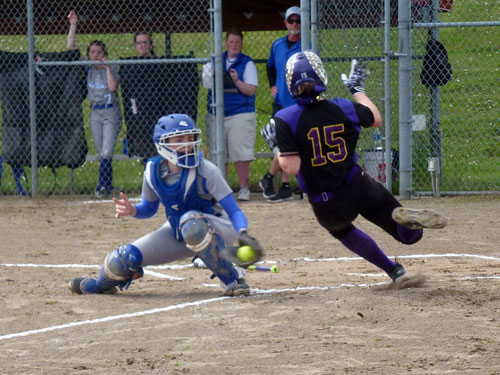 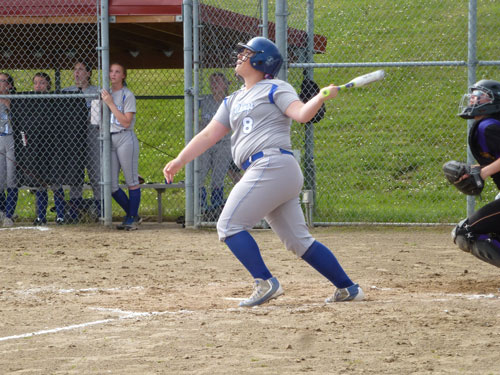 The girls had beaten Orcas Vikings 19-5 in a game just half an hour earlier. team had beat La Conner 15 times in a row but was ahead by only one run in the District Championship Friday in Stanwood. The winner would go on to the state tourney, the losers would be finished for the season.

(More photos will be added to the slideshow Sunday - once I figure out how to get them off the notebook.)

2 Kayleigh Horton OF So.

4 Charlie Bigbee OF So.