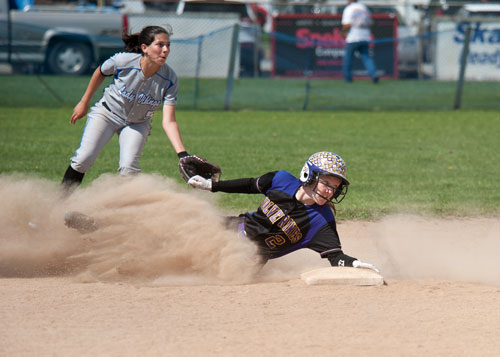 Friday Harbor’s fastpitch softball team pounded out 18 hits in a 15-5 victory over Orcas Island in the Class 2B District 1 Championship Saturday, May 19, 2018 in Sedro-Woolley. The Wolverines advance as District 1’s top seed and make a fourth consecutive appearance in the state tourney in Yakima Friday and Saturday, May 25-26.

Wolverine head coach Brian Lambright is especially proud of his senior interior infielders — second baseman Mili Holt and shortstop Savannah Hoffman for their contributions over the past four seasons. “That’s an achievement to go to state four years in a row,” he said.

A return to the state tourney also wouldn’t be possible without assistant coaches Kirk Holt, Mandy Pong, Bob Pauls and Shannon Miniken, according to Lambright. He commended them for “getting the team ready to compete.”

With the district title victory, the Wolverines recorded their fourth win this season over their cross-water rivals. “It’s always exciting to compete and win,” Lambright said. “This team is extremely hard-working.They’re winning not just because of their natural abilities but because of their hard work.”

Friday Harbor out-hit Orcas 18-8 and committed three errors to the Vikings’ eight. “We’re going to score runs,” Lambright said. “If we don’t make mistakes, it’s hard to score on us.”

However, Lambright noted the Vikings improved this season under Orcas coach Kevin White’s guidance. “He’s done a great job of getting that team from where they were last year to where it is today.” 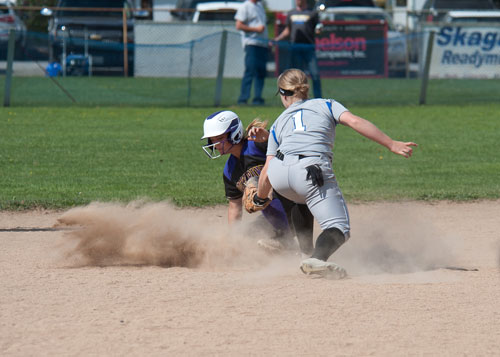 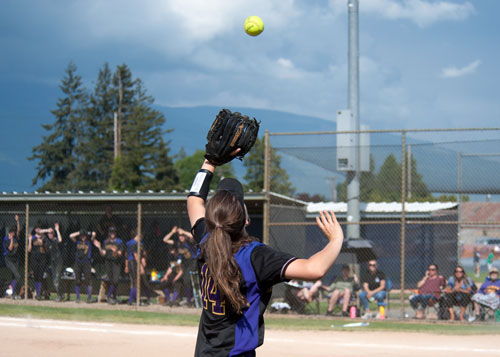 The Vikings’ Lister struck out five, walked three, and gave up 18 hits and eight earned runs in the loss. 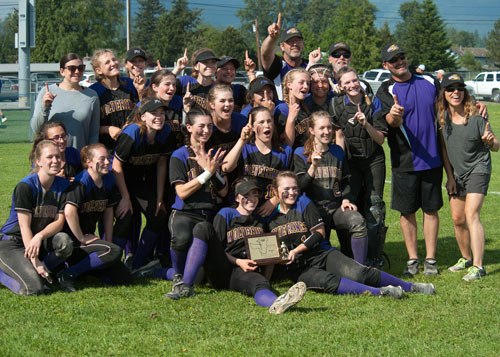