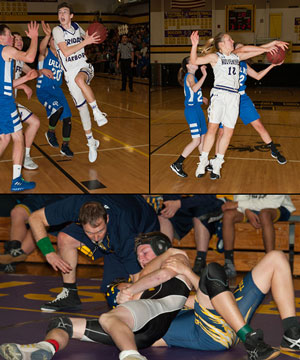 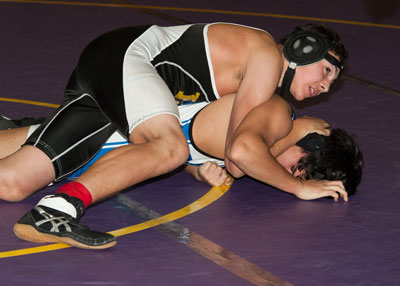 Wrestling – Three of members of our wrestling team will be headed to Kalama High School this Saturday to compete in the Regional wrestling tournament. Competition will begin at 9:30 am. Each earned their way to the Regional event by placing first or second in their weight class at last week’s sub-regional tournament. Competitors at this week’s Regional event will need to finish 5th or better in their weight class to advance to the State Tournament in Tacoma on February 16 and 17. Visit our league website at www.nw1a2bathletics.com/ for more information on seeding and brackets. 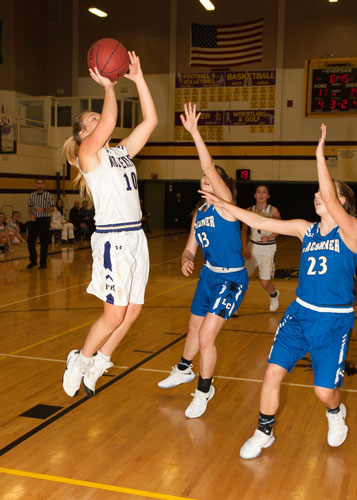 Girls Basketball – Our girls basketball team finished 2nd in league this season and will now be the District 1 #2 seed into the Bi-District tournament. As the #2 seed the girls will travel to Seattle Lutheran, the District 2 #1 team, on Wednesday, February 14, 4:45 start time. Win or lose, the girls will play again on Friday, February 16 at Sedro Woolley. However, with a win vs Seattle Lutheran on Wednesday, the girls would qualify for the Regional round of the State Tournament and would play on Friday for the District Championship and to improve their seeding in the Regional round. A loss would put them in a loser out, winner to state game on Friday. You can access the Bi-District bracket at www.nw1a2bathletics.com 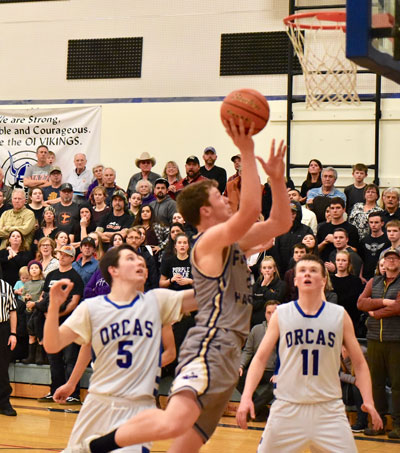 More photos and all the scores here. John Stimpson photo

Boys Basketball – Our boys finished the regular season as NW 1B/2B league champions, and will now enter the Bi-District Tournament as the #1 seed and host a first round playoff game on Tuesday, February 13 at 5:00. The boys will play the winner of the La Conner/Seattle Lutheran game being played on Saturday, February 10. Like the girls win or lose the boys will play again at Sedro Woolley, but their game would be on Thursday, February 15. Also, like the girls, a win on Tuesday, and they advance to the Regional round of the state tournament and would be playing for the District Championship on Thursday, and with a loss, they would be in the loser out, winner to state game on Thursday. The 2B Bi-District bracket is posted at www.nw1a2bathletics.com