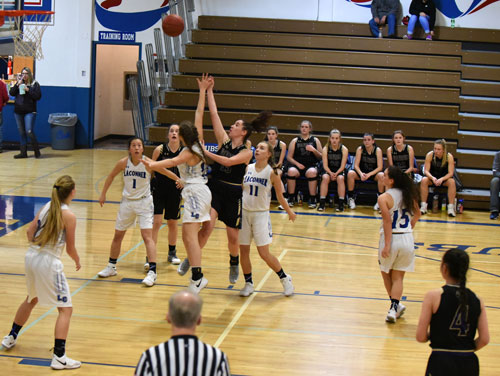 Orcas Island defeated Seattle Lutheran 40-28 in the Bi-District consolation final. The Wolverines (11-11), Braves (19-3) and Vikings (10-8) move on to the regional round of the state tournament Feb. 23-24. Opponents, sites, dates and times will be posted Sunday, Feb. 18 on the Washington Interscholastic Activities Association’s website. (http://wiaa.com/ardisplay.aspx?ID=1718)

Friday Harbor trailed La Conner 8-5 after the first quarter but the Wolverine offense scored a point to the Braves’ 15 in the second period. The Wolverines limited the Braves to 16 points in the second half, and their offense started to get on track but they couldn’t overcome the deficit.

La Conner scored nearly four times as many free-throw points as Friday Harbor: The Braves went 11-for-19 from the line while the Wolverines were 3-for-8. 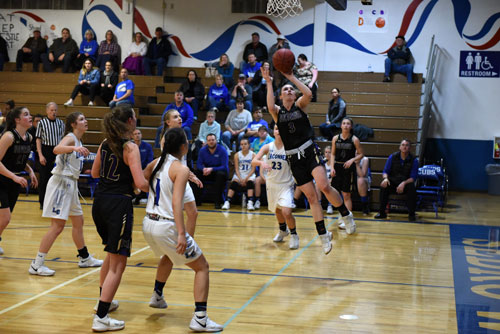 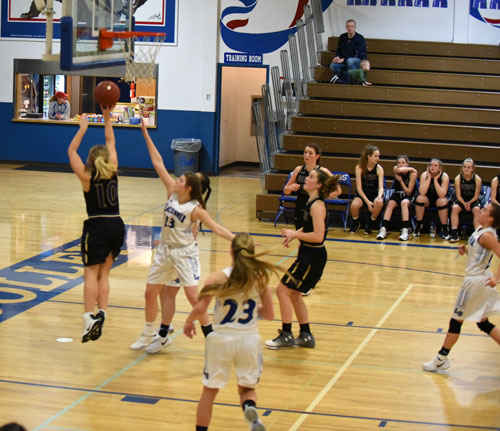 Tori Polda for a two-point lay up. John Stimpson photo 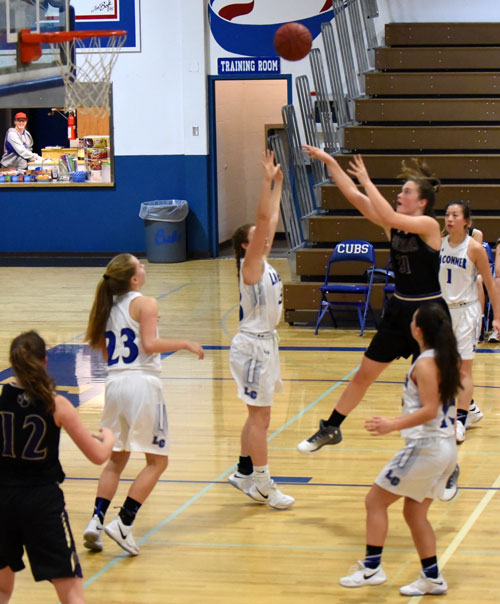