Friday Harbor High School fastpitch softball team won the District 1 2B Softball championship with a 15-5 win over Orcas Island Saturday, May 19 at Sedro-Woolley. Both teams continue on to the state tournament in Yakima over the Memorial Day weekend. The Vikings beat La Conner 12-3 in a game at noon before facing the Wolverines at 2 p.m. 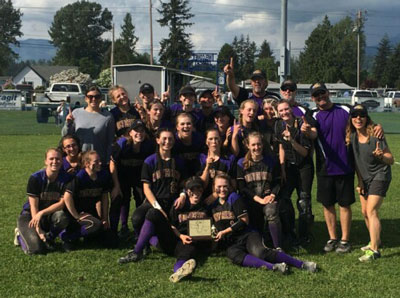 The Wolverines path to the championship was quickened when both Darrington and Concrete High Schools teams decided not to play in the district tourney.  DISTRICT BRACKET