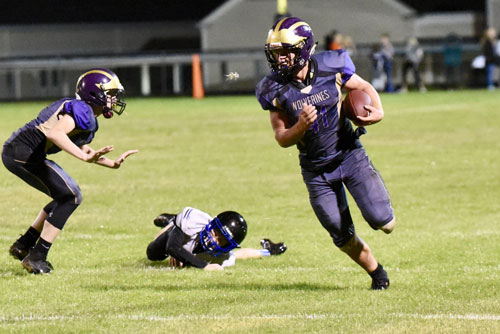 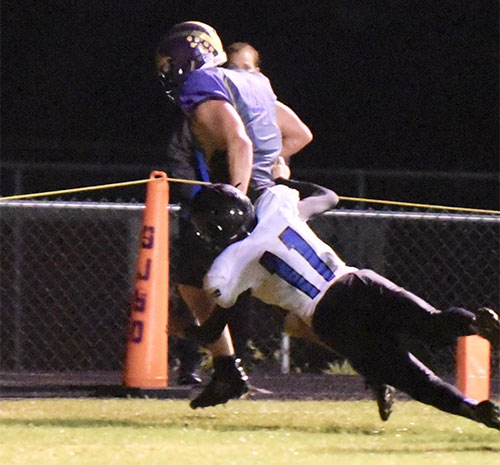 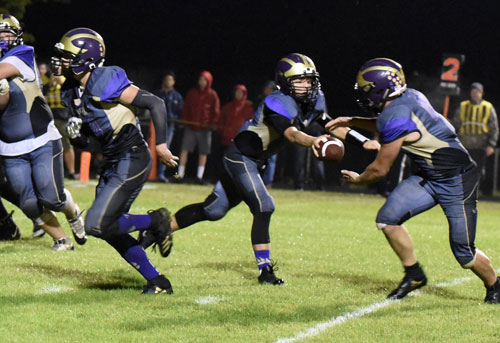 Friday Harbor had two drives to the goal line in the 4th quarter but were called back because of penalties.  Photo by John Stimpson 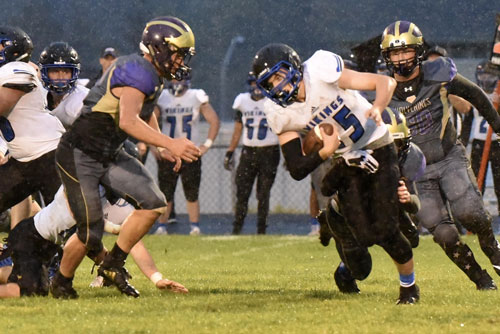 Many Wolverines including #68 Weston Swirtz tackle Vikings running back #15 Zack Curran for a loss of yardage. Photo by John Stimpson