The first half of the Friday Harbor vs Darrington boys basketball game was close. The Wolverines pulled away in the second half beating the Loggers 62-48. 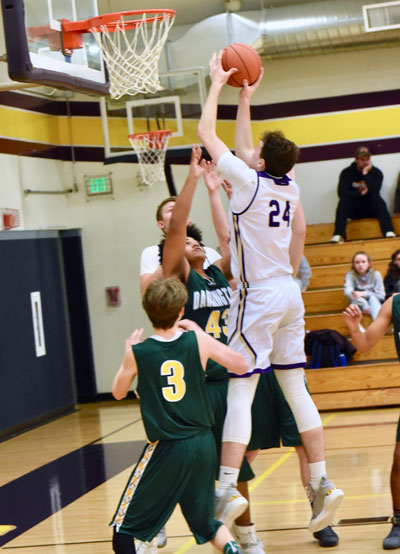 Kyle Mapstead with a rebound and  two point tip in. John Stimpson photo 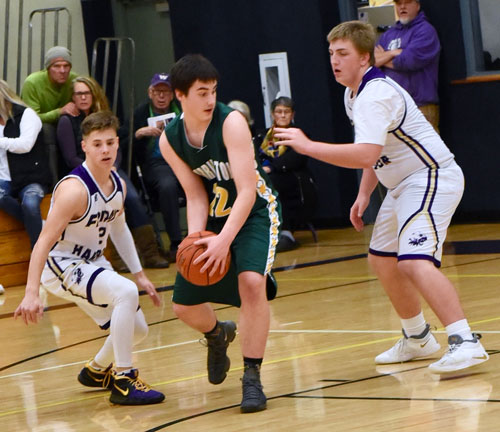 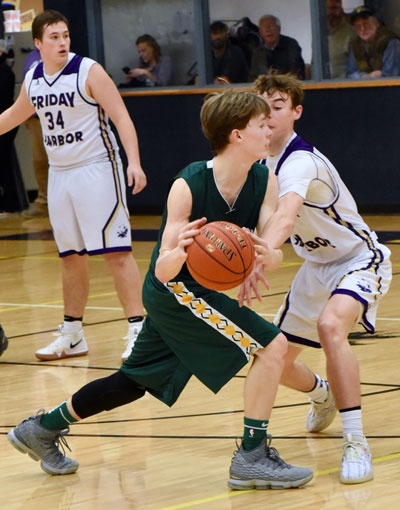 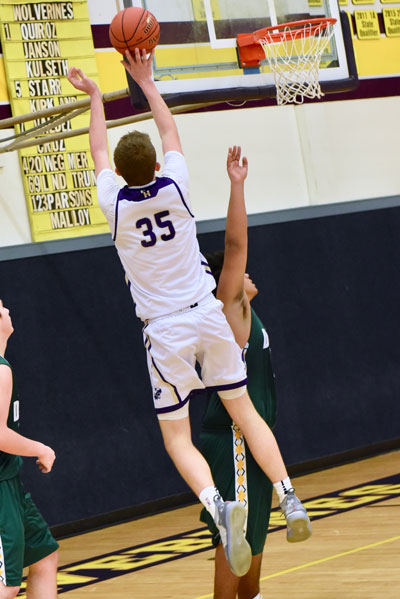 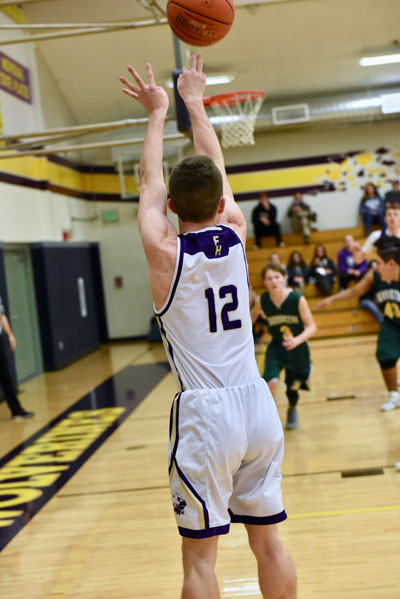