Friday Harbor High School baseball team beat Wahkiakum  5-3 in the first round of the state tourney. The other team had the bases loaded and scored one run in the final inning before the Wolverines pulled off the win at the state tourney game in Yelm. They will play Rainier next after a 45-minute break. Rainier beat Adna 8-7. 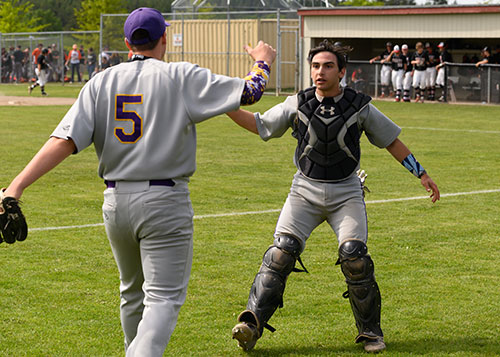 More in this category: « Seitz named Player of the Year, Wolverine and Viking softball coaches are Coaches of the Year Friday Harbor baseball wraps up season tied for fifth in state »