Friday Harbor finished among the top eight fast-pitch softball teams in Class 2B after a loss to eventual fourth-place finisher Chewelah in a state quarterfinal Saturday, May 25. The Wolverines won two games and lost two games at the state tourney in Yakima. They finished the 2019 season 20-6. 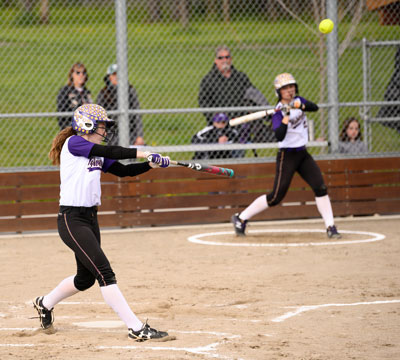 The Wolverines opened the 16-team, double-elimination state tournament with a late rally that fell short in an 11-7 loss to Liberty (15-8) Friday, May 24. The Lancers scored seven runs in the fourth inning to build an 8-1 lead in the first-round game. Friday Harbor cut the lead to 9-7 in the bottom of the sixth but the Lancers added two more runs in the seventh.

Friday Harbor secured a second day of play after the Wolverine offense scored five runs in the bottom of the sixth inning against Dayton/Waitsburg (18-5). D-W put the tying and winning runs on-base with one out in the top of the seventh but the Wolverine defense stemmed the rally for a 10-9 victory. 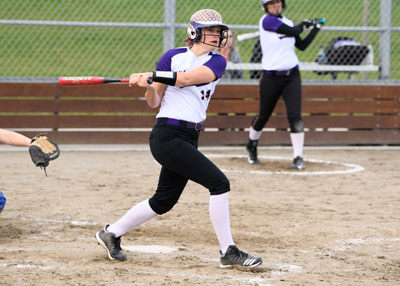 Bailee Lambright singled in the winning run and started the rally-ending double-play in the seventh. Thea Seitz smacked two doubles, scored three runs and had an RBI. Hoffman rapped three base hits and drove in two runs. Jayna Ott singled twice and had two RBI. Darcy Ayers hit a pair of singles.

Marcella Kirkland recorded the win after relieving starter Siri Lindstrom with one out in the sixth. Kirkland didn’t allow a run or walk and gave up two hits.

Grace Pauls earned the win against the Bulldogs (21-5). In two and two-thirds innings, she gave up no hits, walked two and allowed two earned runs. Lindstrom walked one and allowed one hit in relief.

Seitz cracked a triple for the Wolverines. Lambright and Cruz each doubled. Ayers hit two singles.

The Cougars pounded Liberty 12-3 in the consolation semifinal before falling 8-3 to Northwest Christian School (23-4) in the final.