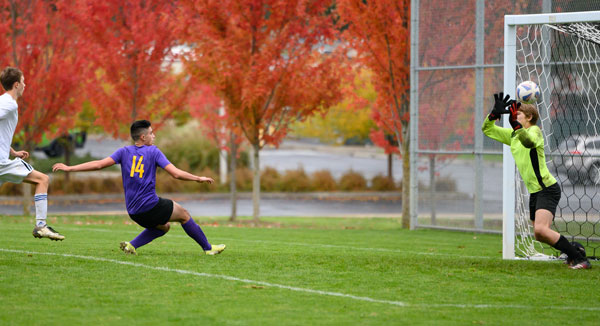 Top-seeded Orcas advanced to the top four by blanking eighth-seeded Puget Sound Adventist 5-0 Friday, Nov. 12. Orcas and Friday Harbor split their Northwest B League matches this season. The winner of the rubber match between the Vikings and Wolverines will play in the state championship at 5 p.m Saturday, Nov. 20. The loser plays in the consolation match at 1 p.m. Both contests are at Sunset Chev Stadium.