Longtime Friday Harbor boys soccer coach Andy Duke hoped for his players that the last Wolverine match he directed would be at the state finals. Riverside Christian squelched that dream by eliminating the Wolverines 3-2 in the 2018 Class 1B/2B State Quarterfinals at Anacortes High School Saturday, Nov. 10. 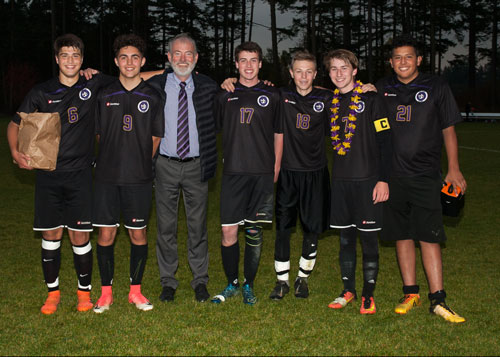 “It’s always so hard to end so abruptly,” said Duke, a Wolverine coach the past 17 years. “We put together a quality team this year. There is nothing to be ashamed about losing to a quality team like Riverside. And we certainly had our opportunities.”

Riverside Christian (6-7-1) scored first but Friday Harbor (14-5) drew even when senior Yadir Plaza rocketed in a shot. The Wolverines went ahead on a header by junior Luke Erickson and appeared to be gaining control of the match. “We figured out what they were doing and settled into our game,” Duke said. 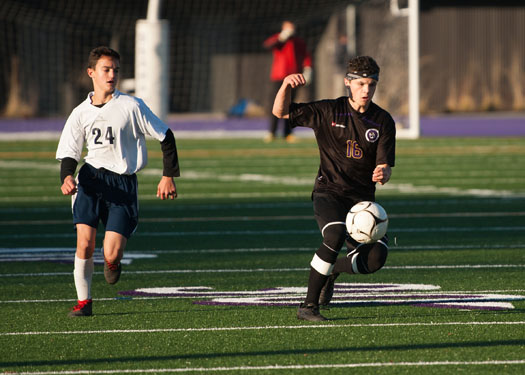 The Crusaders tied the game early in the second half on a perfectly-placed penalty kick and then added the match-winner.

“In the second half it felt like we got a little nervous, too defensive, out of our rhythm…It’s the jumpiness that got to us,” Duke said. “We lost our focus and stopped possessing the ball.” 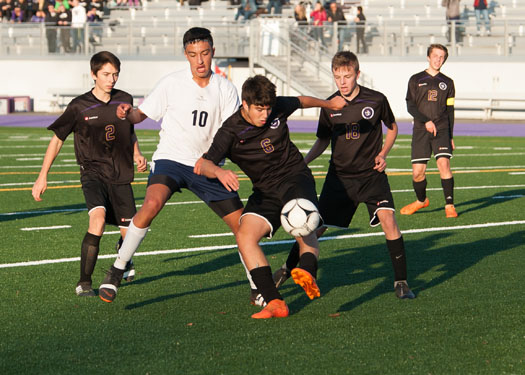 A defeat deep in the playoffs is always difficult but the loss to the Crusaders appeared especially disconcerting for the older Wolverine players. Duke coached many of them — including his son Henry — since their first days in organized soccer. He moved up to the high school program in 2001 as an assistant to his father Ron and took over the program in 2006.

“I wanted to end on a high note with a group of kids I really felt connected to,” Duke said. “I’ve enjoyed it. It has been a great experience and I’ve gotten to know some incredible kids.

Duke will still be coming to the pitches at Linde Fields, though. “I’m going to be a spectator for a while and watch my daughter (Sofia) play,” Duke said. “I’ll enjoy the game in a different capacity.” 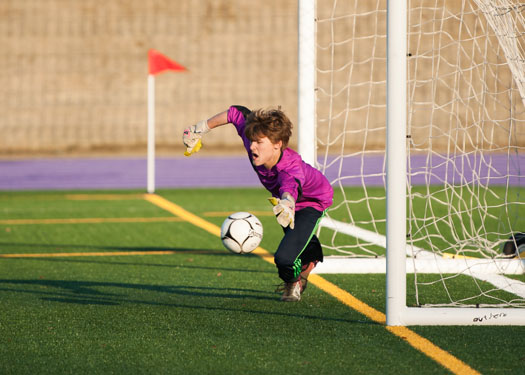